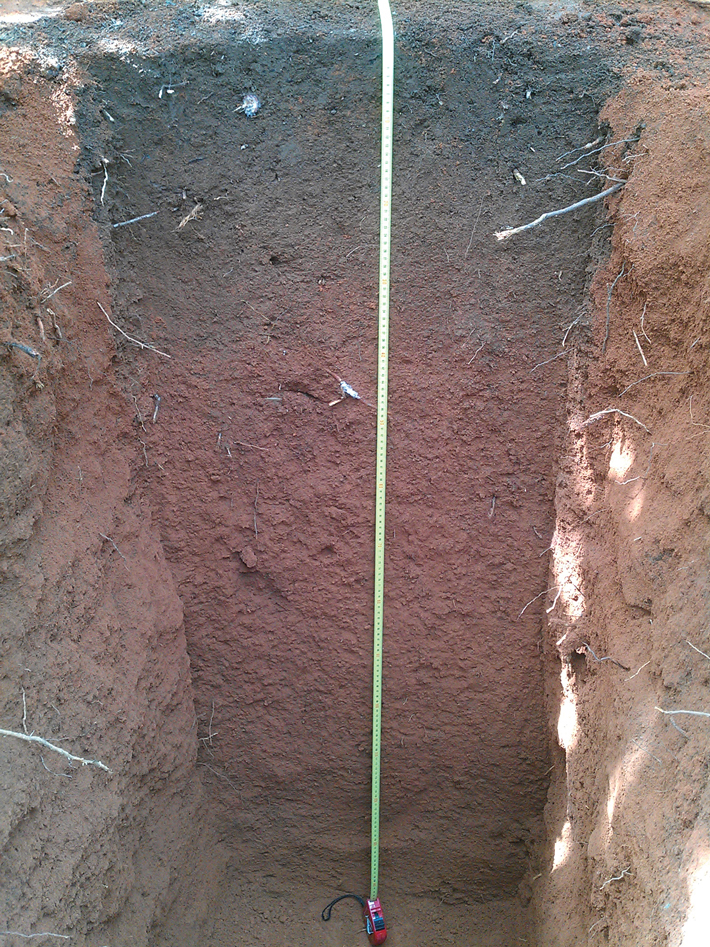 Beginning around 6,000 years ago, people living in the Amazon created fertile plots of land on which to grow food. In a new study, an interdisciplinary team of researchers has found that the work of these early farmers had a marked effect on the rain forest’s biodiversity that remains detectable today. The researchers determined that vegetation grows more readily, and edible plants are richer and more varied, in eastern and southern Amazonia on patches of land called Amazonian Dark Earths (ADEs) than in the surrounding landscape. These are patches ranging in size from less than five to more than 1,200 acres, whose soil ancient people enriched with refuse, including food waste, charcoal, and ceramics. This enabled them to intensively cultivate the land despite its nutrient-poor soil. Archaeologist José Iriarte of the University of Exeter explains that ADEs started without a purpose, with the accumulation of organic refuse. “This only happens when many people dump a lot of trash for a long time,” he says.

Widespread intentional ADE development began around 2,500 years ago with the arrival of the Pocó and later Santarém cultures, centered in what is now northern Brazil. The Santarém inhabited nearly 9,000 square miles along the Amazon’s river channels and deeper into the jungle. They also used controlled fires and limited land clearance on enriched field plots in surrounding forests to grow maize, manioc, squash, sweet potatoes, and possibly even stands of fruit trees. Says Iriarte, “In the last 2,000 years, Amazonian people modified their environment at a scale not seen before.”