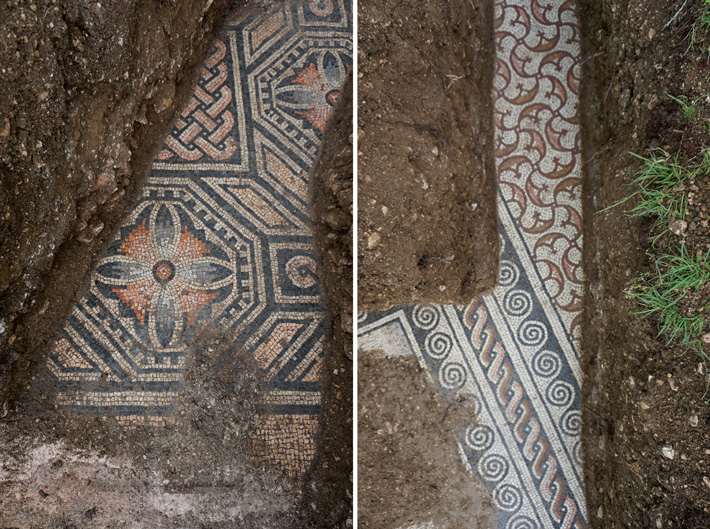 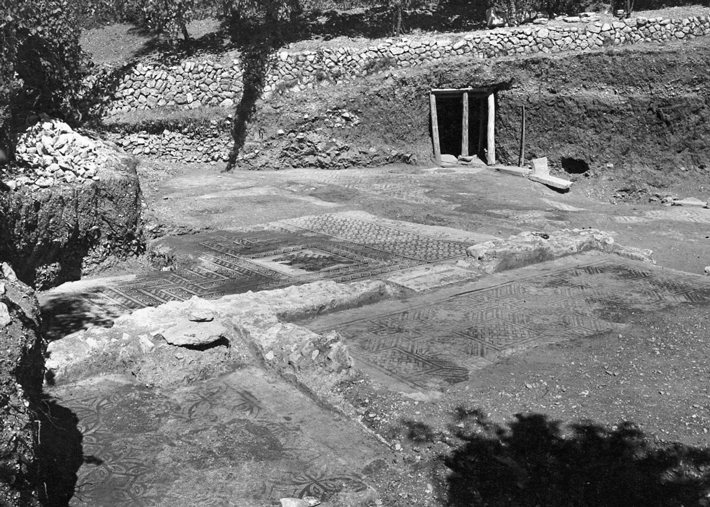 In 1922, partial excavation of a Roman villa in Negrar di Valpolicella near Verona revealed several rooms containing brightly colored wall paintings and mosaic floors. Although photographs of the dig survive, the rooms were reburied and their precise location was eventually forgotten. Nearly a century later, archaeologists led by Gianni de Zuccato of the Superintendency of Fine Arts and Landscape of Verona, Rovigo, and Vicenza have rediscovered the geometric-patterned mosaics in a vineyard. The mosaics’ similarity to others found in the region has prompted scholars to date them to anywhere from the mid-third to the fifth century A.D. However, de Zuccato and his team have found clear evidence that parts of the villa were occupied even after the end of the Roman Empire. “We found a fireplace made of a pair of large recycled tiles that destroyed the mosaic below,” de Zuccato says. “These later inhabitants even buried their dead inside the villa.”