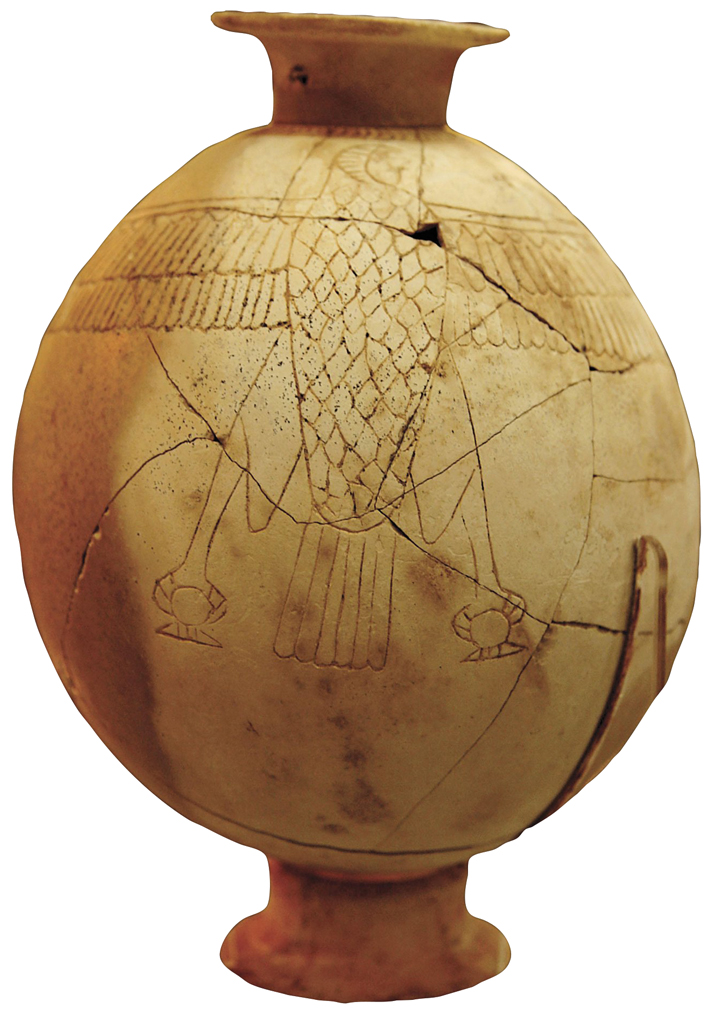 For wealthy Bronze or Iron Age southern Europeans, nothing beat an ostrich eggshell cup. It is known that these coveted luxury items were imported from the Levant and Egypt, but until recently, little has been understood about the ancient ostrich egg trade. A team lead by University of Bristol archaeologist Tamar Hodos has compared ancient ostrich eggshell artifacts to modern ostrich eggs to learn how these precious objects were acquired. A ninth-century B.C. inscription at the Neo-Assyrian capital of Nimrud in modern Iraq suggests that royals may have held ostriches captive for hunting, but Hodos and her team ruled out the idea that the big birds were kept to harvest their eggs. Instead, they found that ancient eggshells resembled modern wild ostrich eggs more than they did those from farmed ostriches. “That means somebody had to track the ostriches to their nests to steal their eggs,” says Hodos. “It would have been dangerous. They can kill you with one kick.” The team also studied the chemical composition of the eggshells and found they could distinguish between eggs from cool, dry climates and those from warmer, wetter ones. Curiously, ancient ostrich eggshells from one climate zone have been excavated at sites in the other zone, suggesting the ostrich egg business was unexpectedly complex.