Measuring as much as 6.5 feet long and weighing 550 pounds—a size achieved by consuming a plentiful ocean buffet of squid, eels, crustaceans, and smaller fish—the shimmering Atlantic bluefin tuna is one of the largest, strongest, and fastest fish in the sea, and one of its most prized catches. To land such a fish 5,000 years ago required quite a big hook.

While today the Norwegian site known as Jortveit is lush marshland, in the Neolithic period, the area was a large, deep lagoon into which bluefin tuna, cod, and even killer whales pursued schools of smaller fish such as mackerel and herring. There, the local hunter-gatherers used specialized fishing tools—an identical hook and several harpoons were found at the site in 1931—to hunt the large fish and whales. “The hooks probably would have been attached to a line, perhaps made from seaweed or bark from a local tree, which was then attached to a boat or even possibly to a tree on land,” says archaeologist Svein Nielsen of the University of Oslo. “It is exciting to be able to connect these large fishhooks to a specific species.” 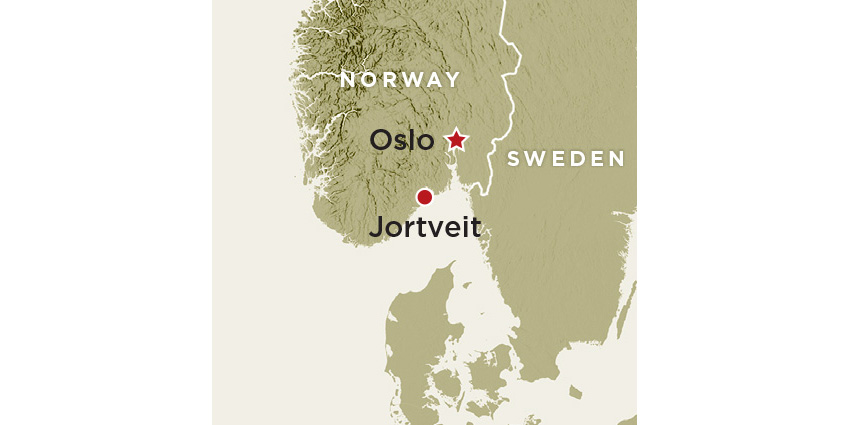 Nielsen and his team have found great quantities of tuna bones in a mud layer four feet below the marsh’s surface that represents a prehistoric seabed. This provides further evidence of Jortveit’s watery past. “These bones are likely not evidence of consumption,” Nielsen explains, but instead of instances in which the giant fish escaped from attempts to catch them and swam toward the bottom of the lagoon, where they died.