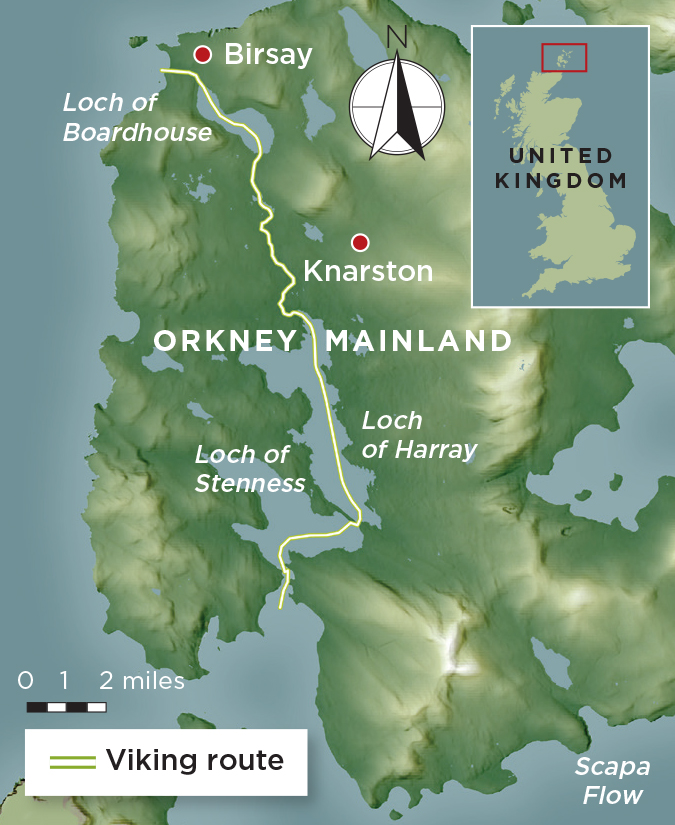 Intrigued by a number of nautical-themed Norse place-names for inland locations on the Scottish island Orkney, researchers have identified a series of lost Viking waterways that ran across the island, connecting the North Atlantic with the Scapa Flow. Among the curiously named spots is Knarston, which comes from the Old Norse knarrar staðir and denotes a farm where transport vessels are moored. Using remote sensing and environmental data from sediment samples, the team mapped several infilled channels that once connected farmsteads around the island’s Loch of Harray to the stronghold of Viking earls at Birsay on the northwest coast.

Environmental scientist Richard Bates of the University of St. Andrews says that farmers would have been able to trade and transport regular tribute to Birsay without having to brave Orkney’s treacherous coastal waters. “Perhaps I’ve come home for the winter and I can get my boat right up close to where I live, get it repaired, and get goods on and off easily,” Bates says. “The waters around Orkney are very difficult, even at the best of times, so if you can travel inland on a smaller craft, that’s a much easier option.”