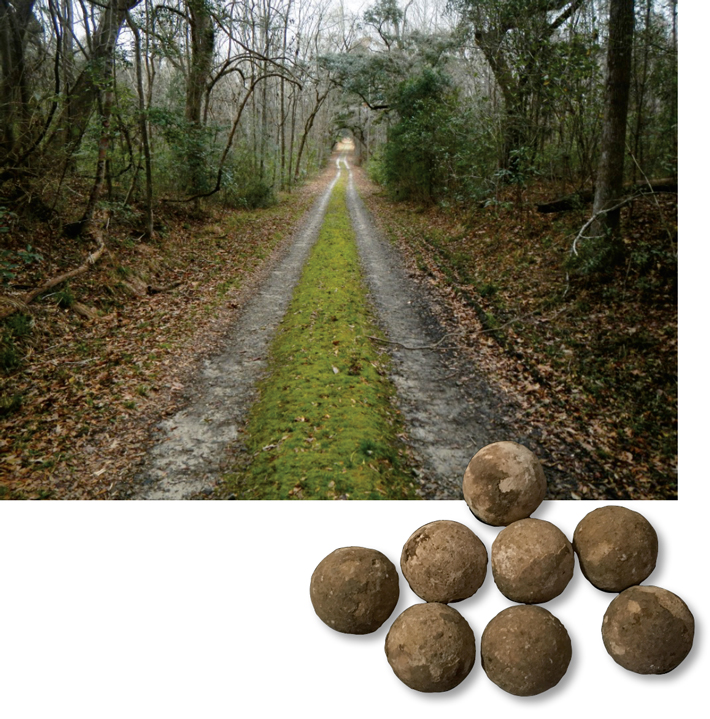 On the morning of August 27, 1782, Continental forces led by John Laurens—aide-de-camp to General George Washington and friend of Alexander Hamilton—clashed with 140 British soldiers in a minor skirmish on the shores of the Combahee River, about 50 miles south of Charleston, South Carolina. Two days earlier, General Mordecai Gist had prevented foraging British troops and their 18 vessels from landing on the east side of Combahee Ferry, 12 miles upriver of the battle site. On the evening of August 26, Gist dispatched Laurens, along with 40 men and a howitzer, to launch a surprise attack at a spot called Tar Bluff. “For Laurens, Tar Bluff, with its 20-foot elevation overlooking the river, was the best tactical location for the placement of his howitzer,” says archaeologist Mike Yianopoulos of the South Carolina Battleground Preservation Trust.

Having spotted Laurens’ column departing from Combahee Ferry with the howitzer, the British anticipated his plan and ambushed his contingent. In the ensuing battle, Laurens was killed, and the British captured the howitzer. With the aid of historical accounts and metal detectors, Yianopoulos and his team have now pinpointed the battle’s exact location. A crude map drawn by a British officer marks the battle lines between two creeks connected by a smaller creek, which the researchers identified in dense forest using lidar. “Mapping the coordinates of dropped and fired musket shot and cannon grapeshot then allowed us to graphically see the pattern of troop positions and movements through the battle,” Yianopoulos says.