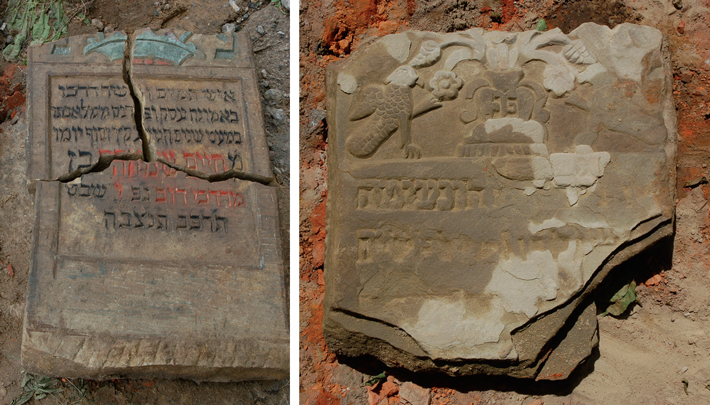 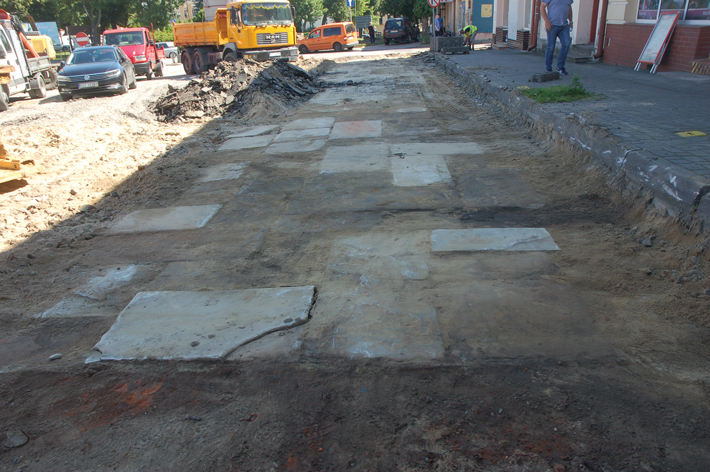 From the medieval period to the twentieth century, there was a thriving Jewish community in the Polish market town of Leżajsk, and beginning in 1635, its dead were buried in the town’s Jewish cemetery. But in 1939, the Wehrmacht occupied Leżajsk, deported its Jews to the Soviet Union, and began to destroy the cemetery. In recent months, during reconstruction of the town’s Market Square, many Jewish tombstones, or matzevot, have been found, some still bearing their painted gold and red lettering. “The only thing that saved the inscriptions and the polychrome was that they were buried facing down,” says archaeologist and regional monuments conservator Ewa Kedzierska. “I was really shocked. We expected maybe a few tombstones because some had been found during road renovation nearby, but no one expected there to be more than 150. Some are complete, others are in fragments. Some are modest, others have colorful inscriptions and beautiful carvings. They look wonderful.” By studying the inscriptions, Kedzierska hopes to learn more about Leżajsk’s former Jewish residents, their professions, and the roles they played in the greater community. According to Jewish custom, the matzevot cannot be put back into the ground, explains Kedzierska, and are thus now in the care of the Leżajsk city authorities, who, in consultation with the larger Jewish community, will decide how best to display them in a way that properly honors the dead.