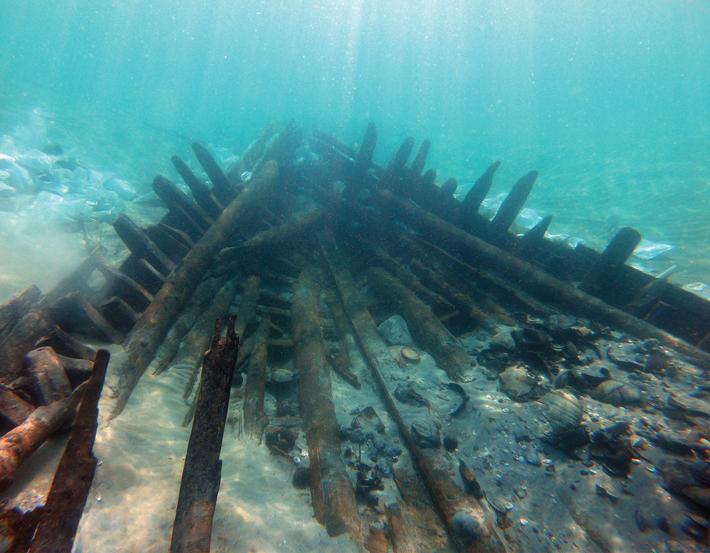 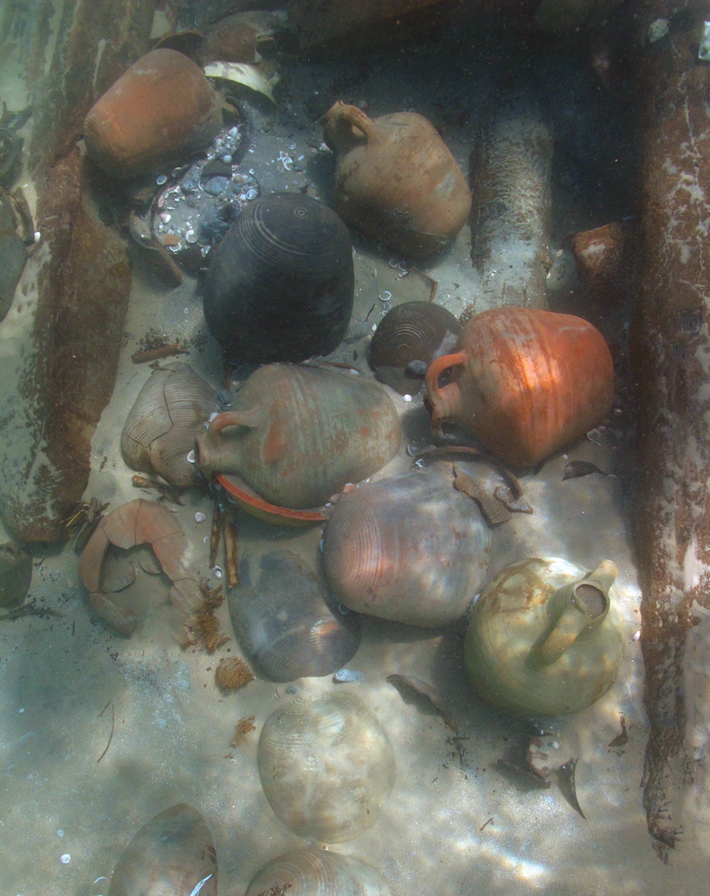 A well-preserved shipwreck lying in shallow water just a few hundred feet off the coast of Israel is providing new evidence of what life was like in the region when it sank, between the mid-seventh and mid-eighth century A.D. Volunteer student divers, who are part of a team led by archaeologist Deborah Cvikel of the University of Haifa, discovered almost 200 amphoras containing commodities such as olives, dates, fish, pine nuts, grapes, and raisins. This breadth of goods is surprising, as it has generally been thought that trade in the region declined greatly after the transition from Byzantine to Islamic rule in the mid-seventh century. “Here we have a large ship with cargo from all over the area,” says Cvikel. “I think we have proved that there was some large-scale maritime commerce at the time.”

The team has also found indications that the ship’s crew may have included members of different faiths. Some of the amphoras bear Islamic benedictions, while others are painted with crosses, and the word “Allah” in Arabic was found burned into the ship’s wood. Says Cvikel, “Now we are wondering, Was the crew a mixture of Christians and Muslims?”