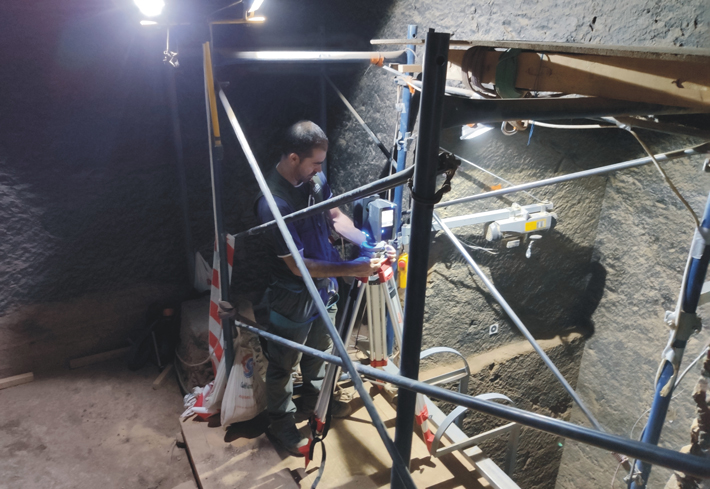 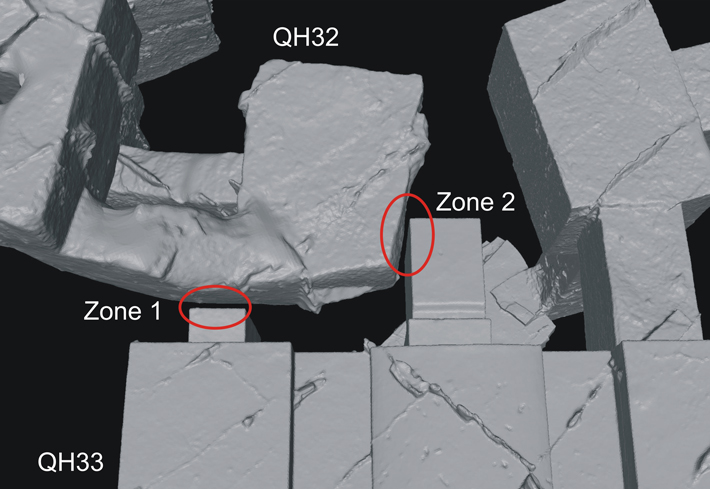 A recent study of the necropolis of Qubbet el-Hawa in Aswan has revealed that ancient Egyptian engineers possessed an uncanny sense of space. A team led by University of Jaen cartographer Antonio Mozas-Calvache used laser scanning and photogrammetry to create 3-D models of three tombs at the necropolis that were cut into the same rock face during the 12th Dynasty (ca. 1981–1802 B.C.). The entrances to the large tombs—which were built for local governors and their families—were separated by about 65 feet. But the models showed that the interiors of the complexes were so close together that two of the tombs were separated by only four inches in two places. “Initially, we didn’t believe these results,” says Mozas-Calvache. “We supposed that both tombs were close, but not so close.” After rechecking their data, the researchers determined that the tombs were indeed constructed to within just one hand width apart. Click on the video below to see 3-D models of the tombs.