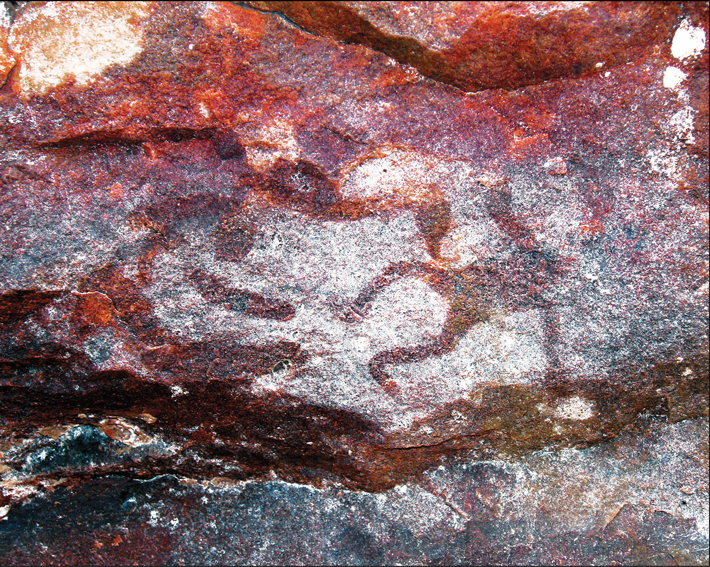 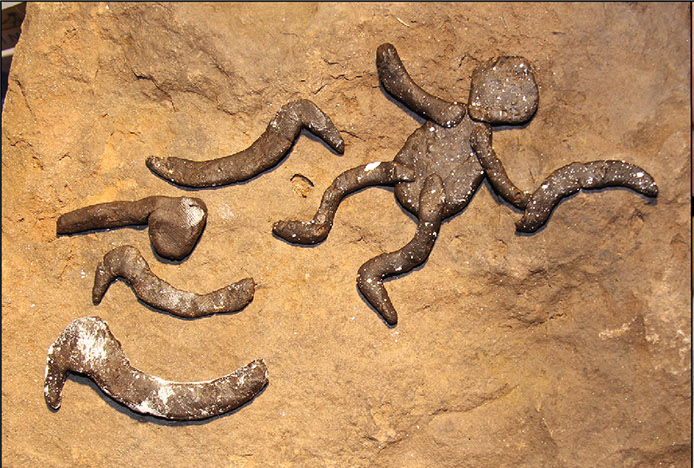 Ancient artists all over the world created images featuring negative silhouettes by spraying paint against an object or stencil held against a rock face. But miniature stenciled figures, those measuring less than five inches, are exceptionally rare in ancient artwork. Recently, however, a team of researchers led by Flinders University archaeologist Liam Brady discovered a miniature stenciled human figure surrounded by four boomerangs at Yilbilinji rock shelter in northern Australia, which is owned by the Aboriginal Marra people. “When we visited other nearby sites, we began finding similar miniature and small-scale stencils,” says Brady. “That made us think that we were onto something very different here in terms of the Australian rock art record.” This previously unknown tradition includes miniature depictions of kangaroo tracks as well as geometric and linear designs. The images’ shapes suggest they were made with stencils molded out of a malleable material, most likely beeswax, which Marra children are known to have used in the past to sculpt small figurines. The team created their own beeswax stencils, which they used to produce figures identical to the ones discovered at Yilbilinji and nearby sites. They hope that consulting with additional Marra people will yield further insight into the meaning of these miniature masterpieces.