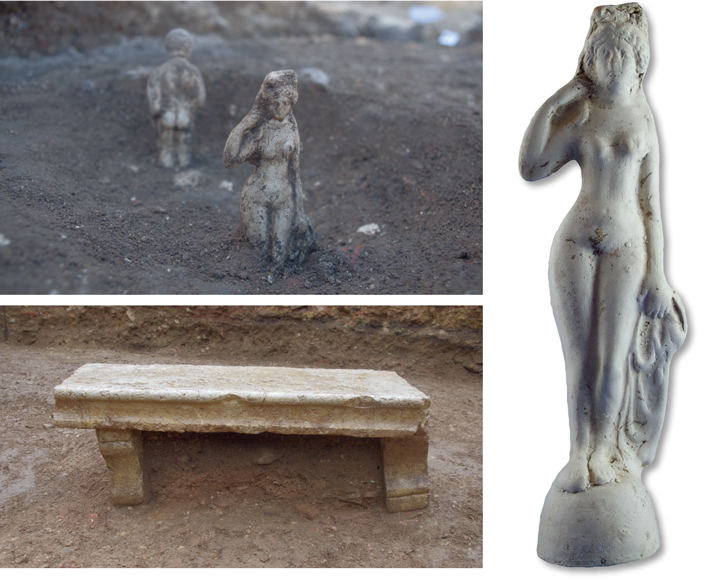 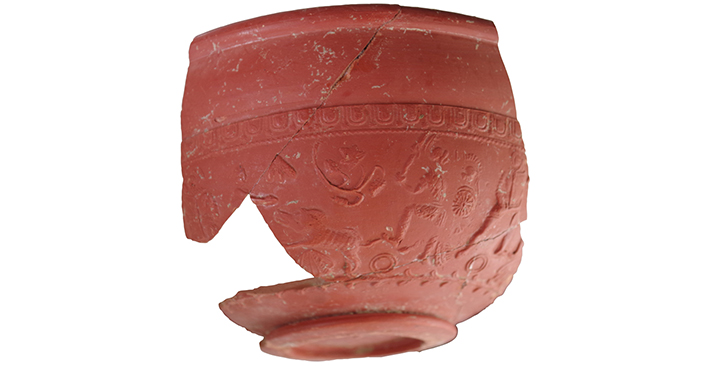 To walk along the Rhone River in southeastern France 2,000 years ago was surely as lovely a way to pass the time as it is today. In the ancient Roman city of Vienna—modern Vienne—one of the most pleasant places to stroll would have been a wealthy neighborhood of houses, shops, and baths now called Saint-Romain-en-Gal. During recent excavations in advance of construction there, archaeologists from the French firm Archeodunum have unearthed artifacts that speak to the privileged lives of its ancient residents. Among the objects they have uncovered are colorful fresco fragments, pottery decorated with a scene of gladiatorial combat, and two six-inch-tall terracotta figurines, one depicting the popular image of Venus emerging from her bath and the other a bearded man whose identity is not yet known. Archeodunum archaeologist Jérôme Grasso believes the statuettes were found right where they had been left, perhaps in a private act of devotion. “It’s moving to imagine that someone carefully placed them there for an unknown reason almost 2,000 years ago, and that they weren’t moved until we rediscovered them,” Grasso says. A stone bench the team found also brings to mind a day spent relaxing riverside. Says Grasso, “I can easily imagine people sitting on the bench we discovered looking at the passing boats on the river below.”