A Shrine to Romulus 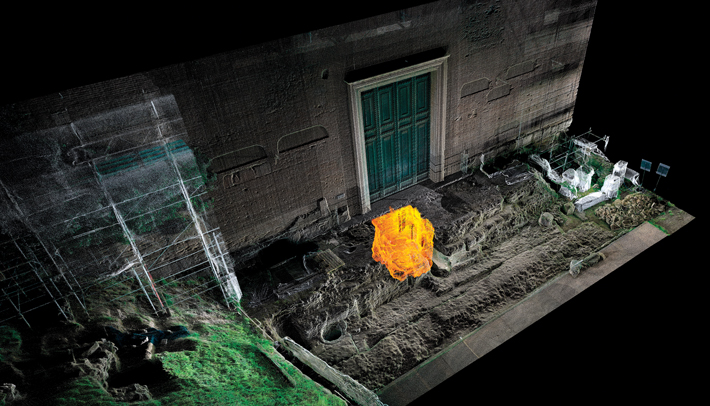 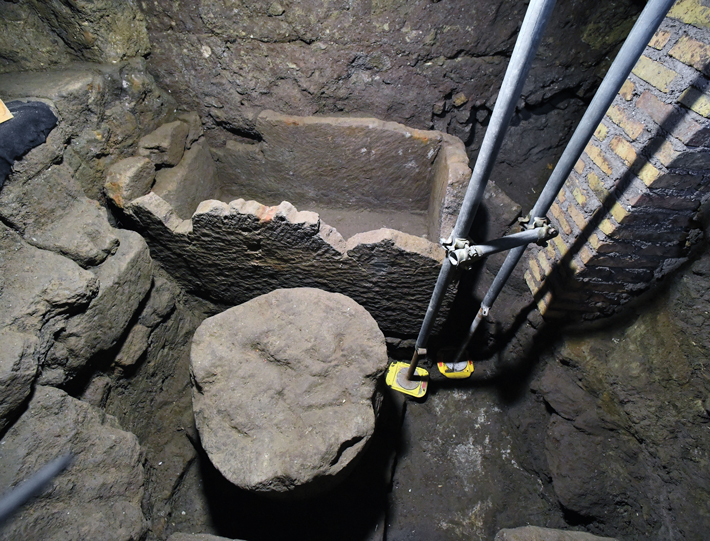 A shrine believed to have once been associated with Romulus, the mythical founder of Rome, has reemerged in an ancient and sacred part of the Roman Forum. The small monument was first discovered by archaeologist Giacomo Boni in 1899, but was subsequently reburied and forgotten for more than a century. During renovation work on the stairs of the Curia Julia, the ancient Roman Senate house, workers rediscovered the sixth-century B.C. hypogeum, or subterranean tomb, which contains a stone sarcophagus and a small round altar.

According to legend, Romulus and his brother, Remus, were abandoned at birth and then rescued and nurtured by a she-wolf. Tradition holds that Romulus went on to found the city of Rome in 753 B.C. The recent archaeological rediscovery was made in an area of the Forum where the fabled forefather’s tomb was once located, according to some Roman writers. It is also near a very ancient and mysterious rectangle of black paving stones, known as the Lapis Niger, that Romans believed marked the spot where Romulus was murdered by members of the Senate.

Scholars still debate whether Romulus actually existed, and, in any case, archaeologists do not believe the shrine ever held his body. Instead, suggests Alfonsina Russo, director of the Archaeological Park of the Colosseum, it was created as a symbolic monument where Romans could worship their city’s legendary founder and celebrate Rome’s origins.