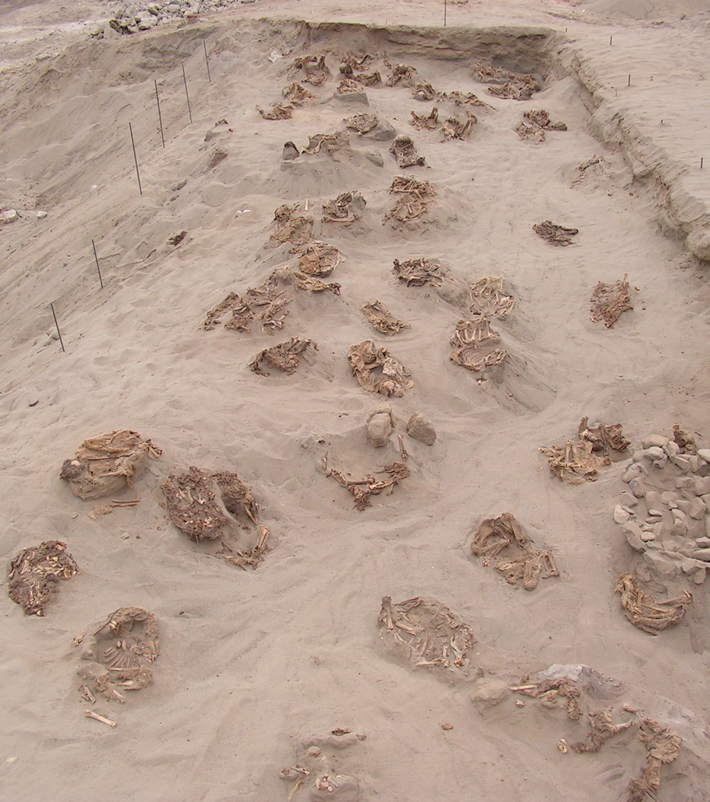 A decade ago, archaeologists were summoned to investigate a scattering of human and camelid bones outside the modern city of Trujillo. They would soon learn that the 500-year-old remains belonged to the victims of a mass ritual sacrifice, the largest of its kind known in the Americas. In total, the skeletons of 200 llamas and 140 boys and girls were recovered from the Chimu site of Huanchaquito–Las Llamas. Cut marks on the children’s ribs and sternums suggest their hearts were removed during the ritual before each victim was carefully prepared for burial. “Despite the bloody ceremonies, I was shocked by the careful postmortem treatment of the bodies,” says University of Florida archaeologist Gabriel Prieto. “They didn’t simply discard them.” At first, Prieto and his colleagues John Verano of Tulane University and Nicolas Goepfert of France’s CNRS thought that the sacrificial event was a singular response to dire climatic changes. However, in recent years, more sacrifice sites spanning hundreds of years have been identified in the region, leading him to conclude that such ceremonies were a central component of the Chimu religion.