The Wrecks of Erebus and Terror 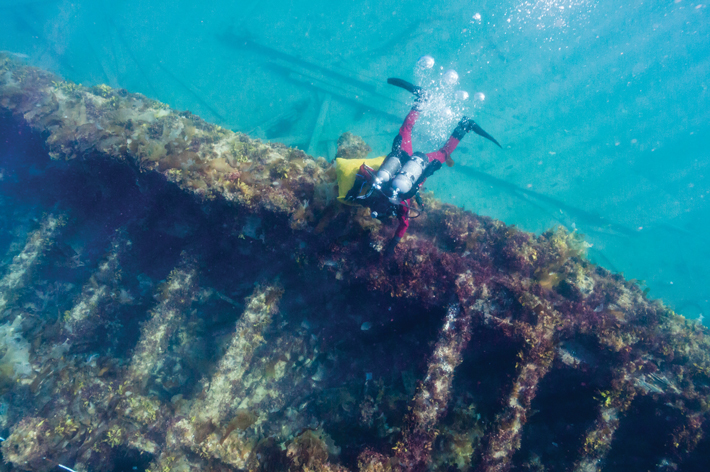 Captain John Franklin set sail from England in May 1845 with 133 men and two ships—HMS Erebus and HMS Terror—in search of the Northwest Passage. The crews of two whaling ships that sighted the expedition that August were the last Europeans to see Franklin and his crew alive, sparking a nearly 170-year maritime mystery. Search parties sent to northern Canada occasionally happened upon ominous clues: items left behind by the expedition, grim testimonies from Inuit witnesses, and even a note left by a crewman on King William Island in 1847 stating that the two ships had become trapped in the ice. In 2014, Canadian authorities announced that researchers had finally located Erebus at the bottom of Wilmot and Crampton Bay. Two years later, Terror was found around 45 miles away. Both wrecks are remarkably well preserved and, in recent years, underwater archaeologists have explored the ships’ cabins and retrieved hundreds of objects, which are helping experts piece together the final days of Franklin’s fateful voyage. To read more about the Franklin Expedition and the discovery of Erebus, go to “Franklin’s Last Voyage.”