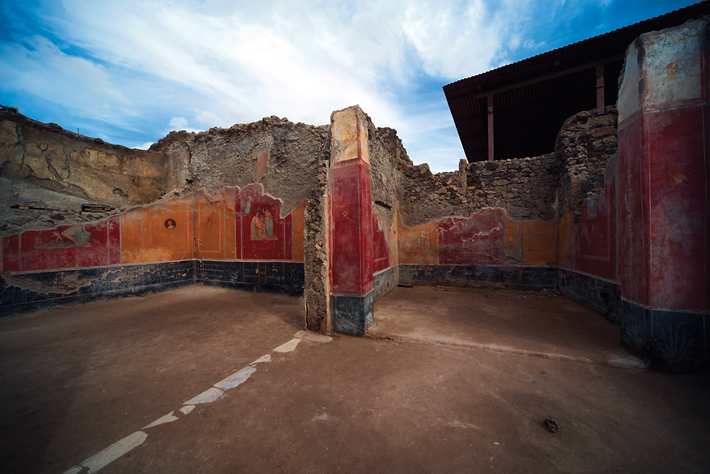 Although Pompeii has been almost constantly excavated since the mid-eighteenth century, around one-third of the city still remains buried beneath 20 feet of volcanic debris from the A.D. 79 eruption of Mount Vesuvius. Archaeologists do not often get a chance to work in the unexcavated areas. However, when a large section of volcanic debris in a neighborhood known as Regio V began to collapse, authorities had no choice but to remove more than a quarter acre of material, revealing long-hidden parts of the Roman city. Streets, houses, and workshops were exposed for the first time in almost 2,000 years. Vibrantly colored frescoes, still bright and radiant, look as if they have just been painted. Archaeologists also retrieved a number of bodies of people who were not fortunate enough to escape the deadly eruption, including 11 found huddled together in one room of a newly explored house. Excavations continue… To read more about recent excavations of Pompeii, go to “Digging Deeper into Pompeii’s Past.”