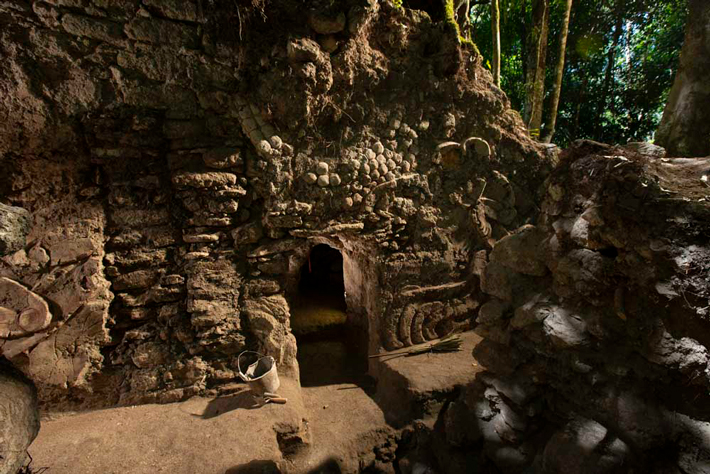 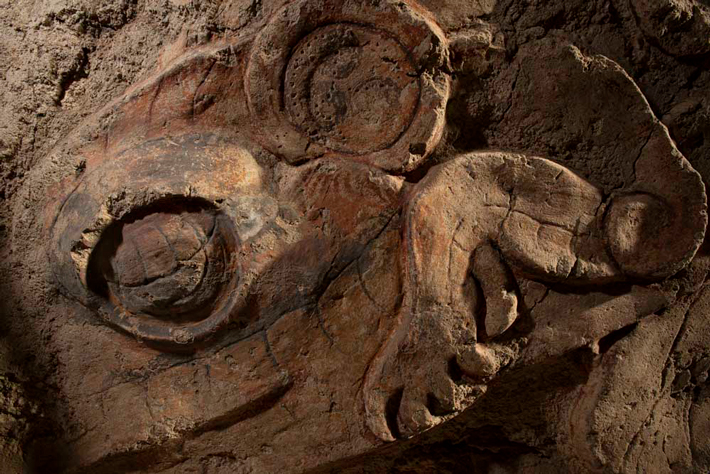 To the Maya people living in the city of Xultun in Guatemala’s Petén rain forest, a sweat bath was a sacred place symbolizing the circular nature of time and the cycle of birth and death. In excavations of Xultun’s sweat bath over the past decade, archaeologist Mary Clarke of Boston University has found that the building is painted with images of a goddess who has the features of toads and iguanas. A person entering and leaving the sweat bath, Clarke says, would have metaphorically passed through the body of the goddess in an act of death and rebirth. Radiocarbon dates establish that the Xultun sweat bath was first used from A.D. 562 to 651. It was then ceremonially buried. A combination of radiocarbon and ceramic typology dating revealed that the sweat bath was later uncovered and reused from A.D. 850 to 971, when Xultun was beginning to decline. Clarke has unearthed a large cache of offerings to the goddess, including toad and iguana carcasses, the remains of a young person, and large numbers of pottery sherds and stone tools. Why the sweat bath was reopened is not clear, but Clarke thinks it may have been an attempt by the people of Xultun to appeal to the goddess to heal their overexploited environment.