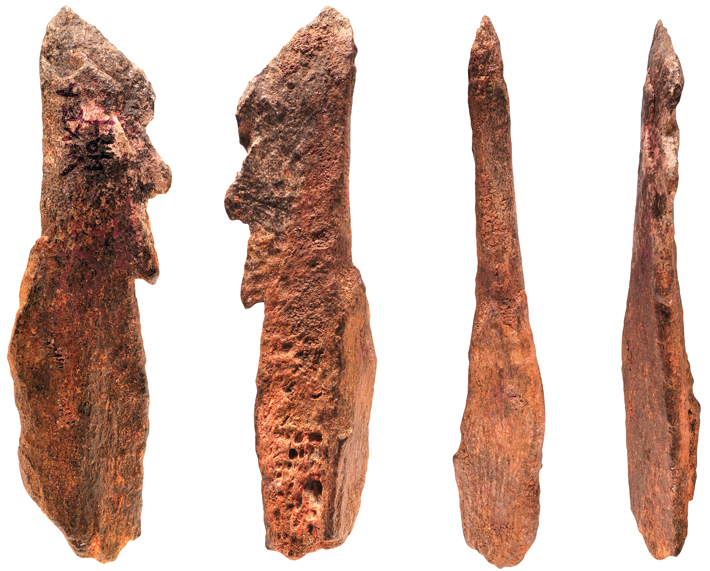 The date of the earliest known bone point has been pushed back by 700,000 years, says paleoanthropologist Michael Pante of Colorado State University. While reexamining a collection of bones that had been recovered from Tanzania’s Olduvai Gorge by renowned fossil hunter Mary Leakey, Pante noticed that some show signs of having been shaped by human hands. One of the artifacts appeared to be an unfinished bone point with barbs carved into its side. An international team that included Pante analyzed the tool and concluded that the bone had been flaked using a hammer stone or another object. It had also been scraped and polished.

The bone point has been dated to 800,000 years ago, at which time Homo erectus lived at Olduvai. This species is known to have made bone hand axes that look similar to the stone Acheulean hand axes they used as all-purpose butchery tools. Bone hand axes that are more than a million years old have also been found at Olduvai and at the site of Konso in Ethiopia. According to Pante, making bone tools is one of the markers of our hominin ancestors achieving modern human behavior. “Now that we see [this ability developing] much earlier,” he says, “we can say that Homo erectus was a lot more human than we would have originally thought.”