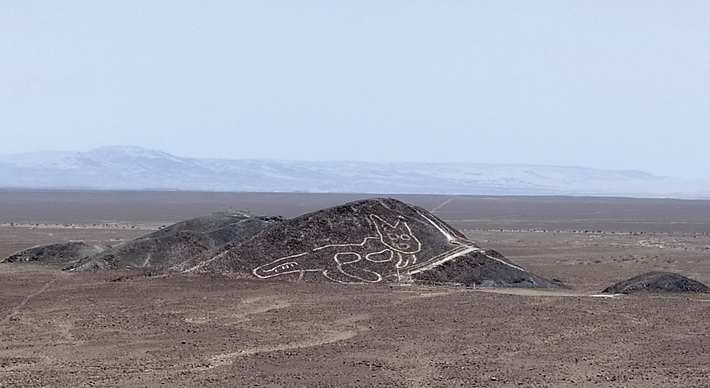 While restoring a viewing area overlooking the Nazca Lines in the desert of southern Peru, archaeologists noticed the previously undocumented traces of a cat geoglyph crouching on a steep hillside. The 121-foot-long outline of a feline was badly eroded but has since been cleaned and conserved. Based on its resemblance to depictions of Andean cats frequently found on textiles, ceramics, and petroglyphs produced by the Paracas culture, researchers have dated the figure to around 200 B.C. This means it predates the creation of many Nazca geoglyphs by some 400 years. “This feline seems to have been part of Paracas religious cosmology of the time,” says archaeologist Johny Isla of Peru’s Ministry of Culture. “The cat was considered a deity that represented dominion over the earth, together with the killer whale and condor that signified dominion over water and air.”