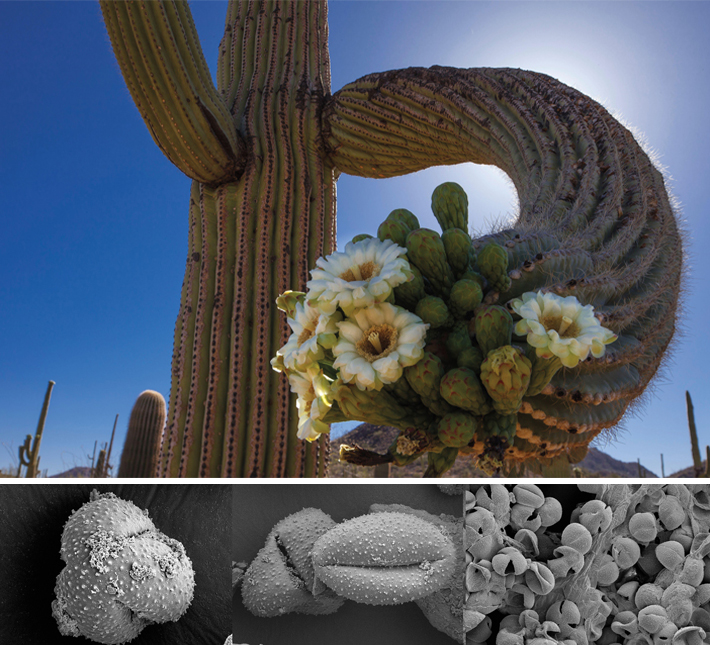 A child belonging to the Hohokam culture who died in southern Arizona’s Sonoran Desert 500 to 1,000 years ago appears to have been fed a special diet in the final weeks of life that included hundreds of saguaro cactus flowers. Partially mummified remains of the child, who died at the age of five or six of unknown causes, were recovered in the early 1940s. Starting in the 1980s, Karl Reinhard, an environmental archaeologist at the University of Nebraska–Lincoln, analyzed fossilized excrement, called coprolites, found inside the mummy. He has learned that the child ate saguaro cactus fruit, flour made from ground mesquite pods, and cholla or prickly pear cactus buds, all of which are well-known staples still eaten in the region. Consumption of saguaro flowers, which come from a cactus sacred to the Hohokam, however, was previously undocumented in the area.

In the 1990s, the child’s mummy was returned to the Tohono O’odham Nation, who live in the region today, and Reinhard has consulted with the tribal council regarding his study of the coprolites. Recently, a team led by Reinhard reexamined microscopic residues of one of the coprolites using scanning electron microscopy and identified a quantity of saguaro cactus pollen equivalent to more than 200 flowers. Harvesting these flowers, which grow high up on the cacti amid sharp needles, would have required significant effort—saguaro cacti often reach 40 feet in height. This suggests to Reinhard that the child was accorded compassionate palliative treatment as he or she neared death. “We have a lot of thought going into what to feed this child,” he says.