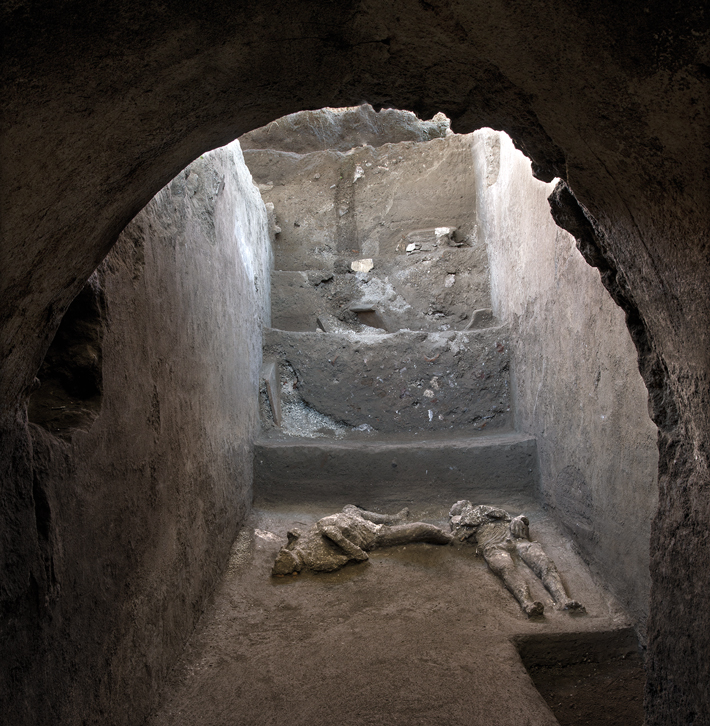 In the ruins of a luxurious villa overlooking the Bay of Naples at Civita Giuliana, half a mile northwest of Pompeii, archaeologists recently discovered the remains of two men killed by the eruption of Mount Vesuvius in A.D. 79. The researchers were able to create highly accurate casts of the men’s bodies, including details of the clothing they wore while trying to flee the surge of superheated gas and ash that raced through their home on the eruption’s second morning. One man, who showed signs of having performed repetitive physical labor, was between 18 and 25 years of age and wore a short wool tunic. The other was between 30 and 40 and wore both a wool tunic and a mantle, perhaps indicating that he was of higher status.