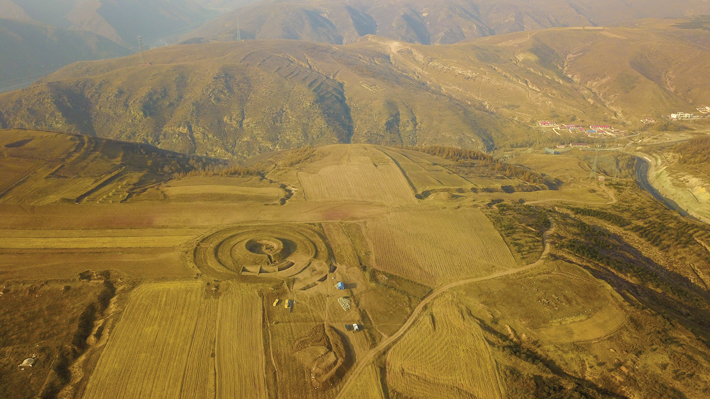 For thousands of years, Chinese emperors ensured good harvests for their people by practicing a state religion centered on the worship of a supreme God of Heaven. Archaeologists have identified many imperial temples associated with this tradition, but, until recently, where the emperors of the Northern Wei Dynasty (A.D. 386–535) conducted rituals was unknown. Originally nomadic tribal leaders, the Northern Wei emperors came to rule much of northern China. Now, a team led by archaeologist Wenping Zhang of the Inner Mongolia Autonomous Region’s Institute of Cultural Relics and Archaeology has unearthed a temple complex where they believe four Northern Wei emperors made regular offerings to the God of Heaven in the late fifth century A.D.

Located in the Yin mountain range north of Hohhot, Inner Mongolia’s capital city, the temple site was first discovered in the 1980s, but its significance was overlooked. “It was assumed to be either a temporary imperial palace or a beacon tower that was part of the Great Wall,” says Zhang. While reviewing aerial photos of the site taken during winter, Zhang noticed that its circular shape, which was outlined by the snow, bore a striking resemblance to that of the thirteenth-century Temple of Heaven in Beijing. While Zhang’s excavation shows that Northern Wei emperors adopted many of the trappings of Chinese religious tradition, faunal remains unearthed at the site indicate that Northern Wei rituals also involved sacrificing sheep and horses, a common nomadic practice.