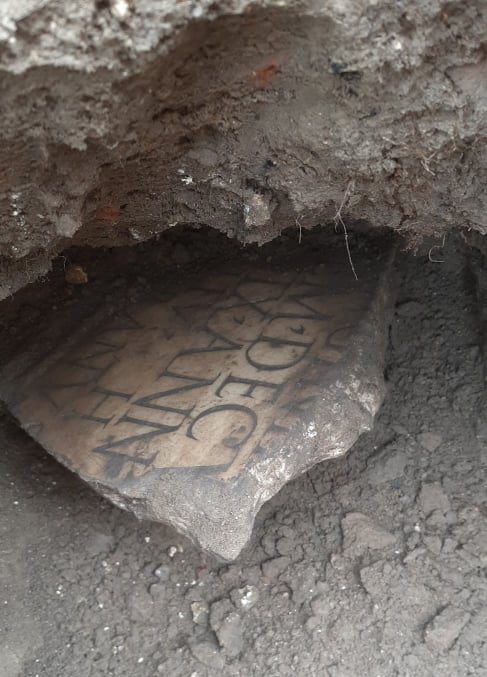 A chunk of a high-quality marble gravestone unearthed in an ancient dump at the Roman settlement of Almus in northwestern Bulgaria tells the unusual and sad story of a high-ranking Roman legionary. According to the surviving five lines of a Latin inscription on the gravestone, which dates to the first century A.D., the soldier served 44 years in the Roman army, much longer than the usual 25-year term of service. The inscription records that the tombstone was created by the soldier’s freed slave, most likely in gratitude for having been granted his freedom along with the inheritance of his former owner’s property.

Valeri Stoichkov, an archaeologist at the Historical Museum of Lom, says the fragment contains the earliest inscription in the region to have been discovered in situ. Judging from other materials found in the trash heap, which dates to the fourth century A.D., the stone was most likely reused as building material in the late third or early fourth century.