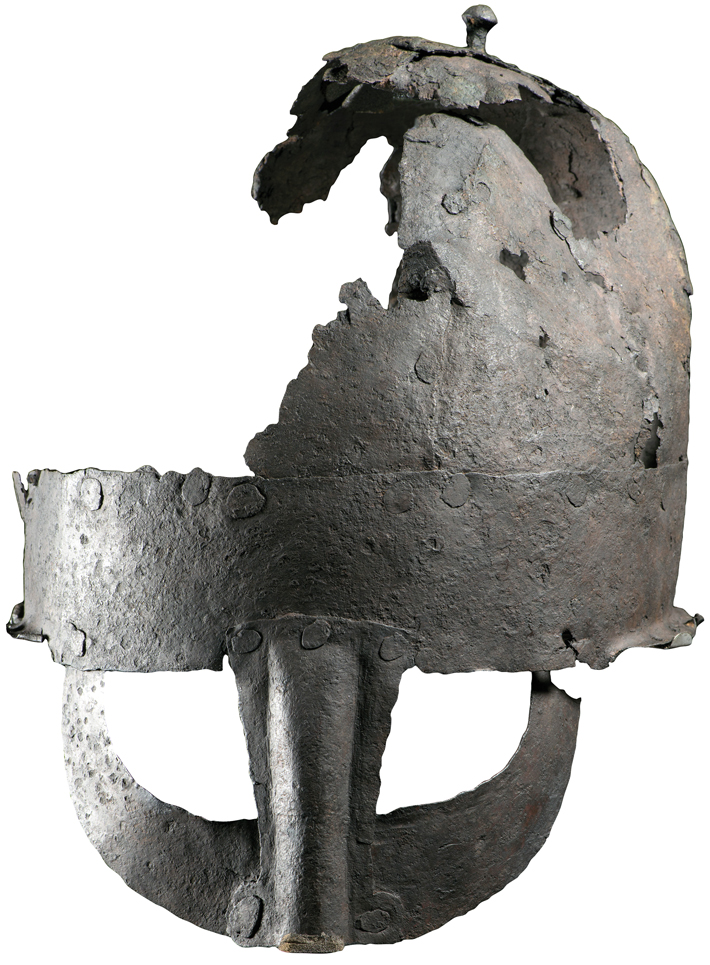 After a helmet crafted from thin metal plates was discovered during a 1950s sewer installation project in the town of Yarm in northeastern England, it was initially put on display in the town hall and labeled as a Norman artifact. The object was moved more than 20 years later to the Dorman Museum in nearby Middlesbrough, where it was eventually relegated to storage as experts began to doubt whether it had any real historical significance. After all, the helmet didn’t look much like other medieval helmets known at the time, and scholars questioned how sheets of metal measuring just one to two millimeters thick could have survived for nearly 1,000 years in the wild. “There was this tradition in Britain in the late nineteenth and early twentieth century of pageants and parades commemorating historical dates, such as a town’s founding,” says Chris Caple, an archaeologist at Durham University who undertook a reevaluation of the helmet. “There was this suggestion that maybe the helmet was just a prop from one of these pageants that got thrown away and buried.” But modern scientific techniques have now shown that this is not an artifact of relatively recent revelry, but rather one of just two known nearly complete Viking helmets in the world, and the only one to have been found in Britain.

Two distinctive materials Caple and his colleagues detected on the helmet’s surface help explain how it survived largely intact. The researchers deduced that it was protected from corrosion by the anoxic, waterlogged soil in which it was originally deposited, based on the presence of the blue-green mineral vivianite, which only forms under such conditions. Much later, perhaps in the nineteenth or early twentieth century, the helmet appears to have been dislodged, possibly by a plow or spade, exposing it to the elements. This led to the buildup of the mineral akaganeite, which is produced when iron corrodes in the presence of oxygen and salt. “Had the helmet not been found in the 1950s by those workmen, and had it not been looked after by the museums, it’s likely that what we would have now in the ground is just a few fragments,” says Caple. 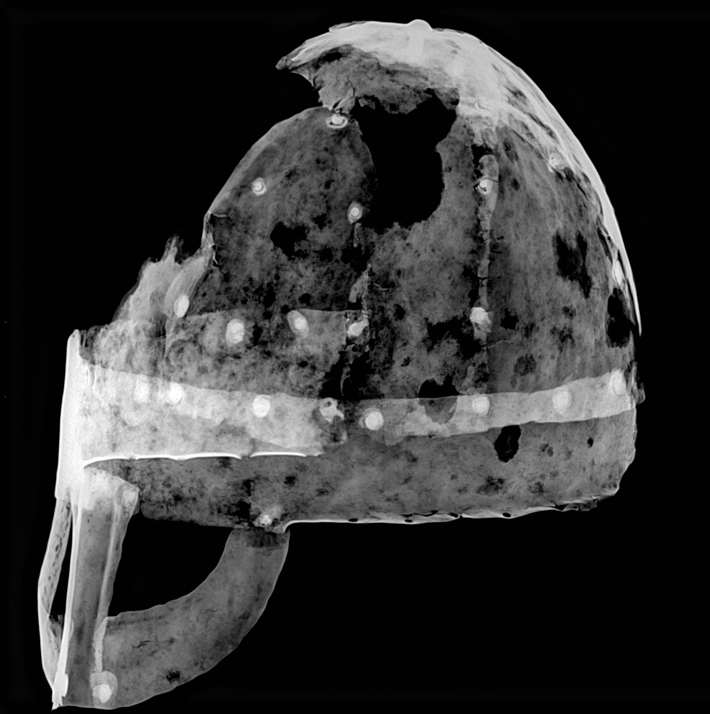 Moreover, Caple’s team has established that the helmet is indeed the genuine medieval article—though it likely predates the 1066 Norman Conquest by about a century. They analyzed small samples of the artifact and determined that it was crafted of iron manufactured with a low-temperature smelting process commonly used in the early Middle Ages. “Everything matches early medieval ironwork,” says Caple, “and nothing corresponds with postmedieval ironwork.”

When the researchers compared the shape of the Yarm helmet with that of other known medieval examples, they found that it appeared to be midway between the hemispherical design of Anglo-Saxon helmets dating to the sixth to eighth century A.D. found at sites such as the Sutton Hoo ship burial, and conical helmets dating to the eleventh and twelfth centuries found across Europe. (See “The Ongoing Saga of Sutton Hoo.") Thus, they have concluded the helmet dates to the tenth century A.D. According to Caple, the style of the portion of the helmet that frames the eyes—a “spectacle mask”—is common in Scandinavian examples. The Yarm helmet, then, likely belonged to a Viking who had settled in the north of England sometime after the Norse invasions, which began in A.D. 793.

Elements of the helmet’s design also conferred practical advantages to the warrior who sported it. Rivets were punched through hot metal rather than through predrilled holes, and then hammered flat to create a smooth outer surface. “That means the helmet doesn’t catch on sword or ax blades, which is obviously a very useful defensive function,” says Caple. The thin metal sheets used to assemble the helmet gave it sufficient strength to ward off blows, while not being so heavy that it would fatigue its wearer during battles that could last for hours. “When hit by a weapon, the helmet bends, absorbs the blow, and sometimes rivets pop out,” says Caple. “But you survive, you can knock out the dents later, and you’ve got something which goes to fight another day.”