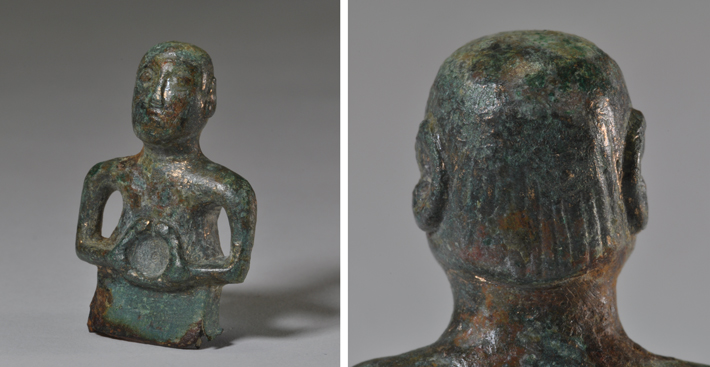 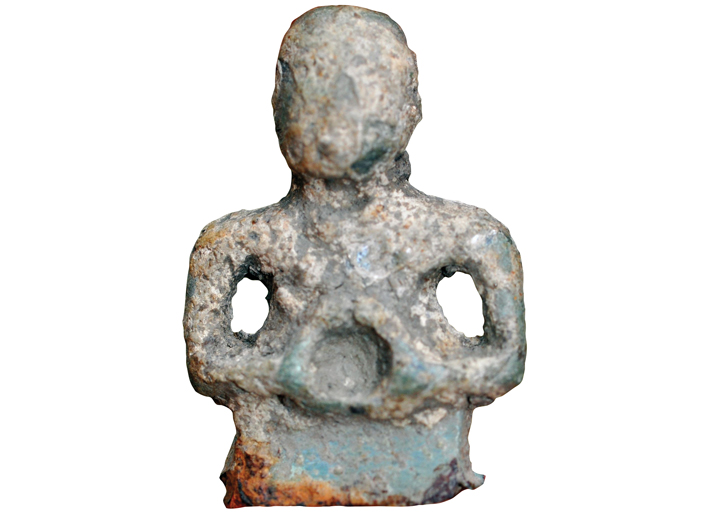 Researchers have finished cleaning a small copper alloy figurine that was unearthed in 2018 at a Late Iron Age to early Roman settlement in southeast England. (See “Celtic Curiosity.”) The figure’s oval eyes, which were revealed during the cleaning, and the torc he carries are both characteristic of Iron Age Celts, says archaeologist Chris Thatcher of Oxford Archaeology East. However, his hairstyle is a more typically Roman coiffure. Thatcher and his team have determined that the figure, along with some 300 other metal objects found with it, dates to the early first century A.D. At this time, Celtic tribes in the area were jockeying for power and coming into increasingly frequent contact with the Romans, who conquered Britain in A.D. 43. Although archaeologists originally identified the figure as the Celtic horned fertility god Cernunnos, they now believe it may represent another Celtic deity, or perhaps a tribal figure. “Holding the torc,” says Thatcher, “he is clearly symbolic of power.”