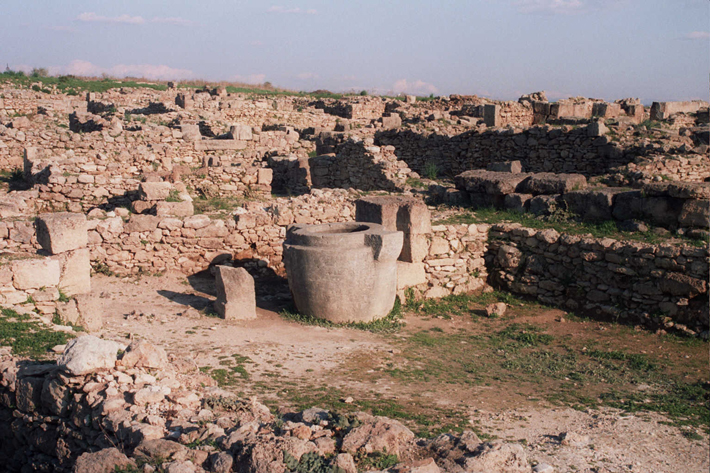 Ugarit’s culture was distinctive in ways apart from its homegrown script. Women had an unusual degree of autonomy compared to other contemporaneous cultures, and were allowed to own property, participate in rituals, and, says archaeologist Yoram Cohen of Tel Aviv University, were almost certainly trained as scribes. A census document shows women as the heads of households, listing among the residents of one neighborhood “a preeminent wife in the house of Artthb; a wife and her two sons in the house of Iwrpzn; a wife and an unmarried woman in the house of Ydrm; [and] two preeminent wives and an unmarried woman.” Ugarit’s queens were also in charge of their own estates and had prominent diplomatic roles. One queen, named Thariyelli, personally sacrificed a bull on the city’s acropolis, an honor usually reserved for men. Tablets also record the scandalous divorce of Ammistamru II (r. 1260–1235 B.C.) and his wife, a niece of the Hittite king. Ammistamru’s wife, whose name does not appear, was accused of causing him some unspecified “trouble,” banished from the city, and then ordered back to be subjected to further punishment.