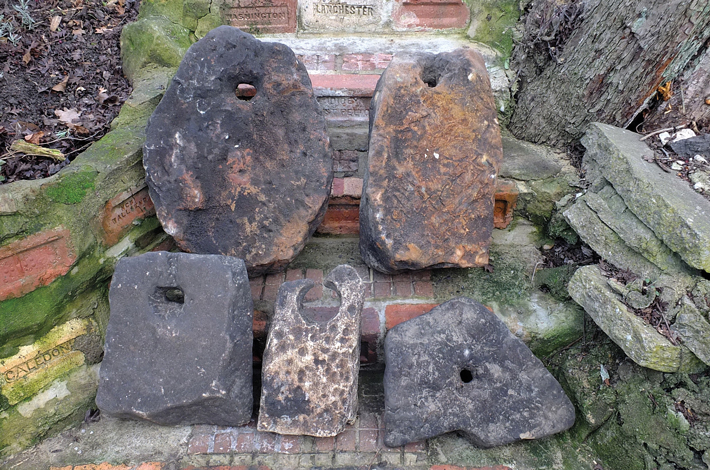 Divers exploring a section of the River Wear west of Sunderland, England, retrieved an assortment of Roman artifacts and nine ship anchors that had been buried in the riverbed for 2,000 years. Weighing up to 40 pounds, the stone anchors resemble other Roman examples found elsewhere in Britain, but these are the first to be discovered in a river and not a maritime context. Archaeologist Gary Bankhead believes the anchors may indicate the location of a small harbor or unloading zone once used by the Romans. “Seagoing ships would have been unable to go any further upstream due to the shallow depth of water at low tide, so cargo would have had to be transferred to smaller boats,” says Bankhead. The River Wear was likely an important supply route used by the Roman army to provision their forts farther upriver during their campaigns against northern British tribes. 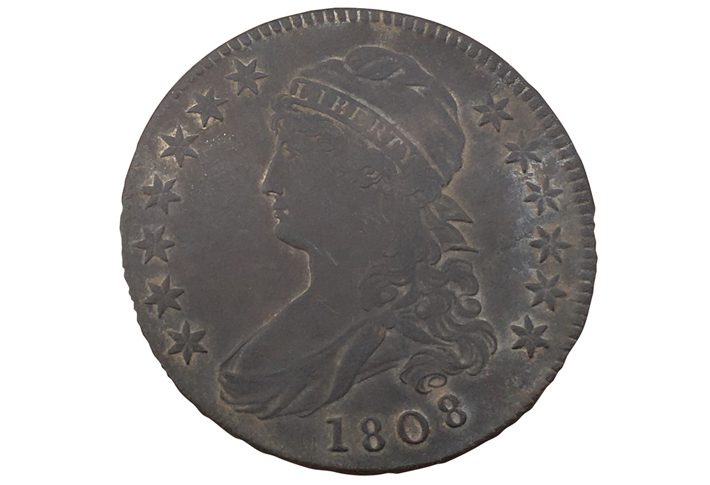 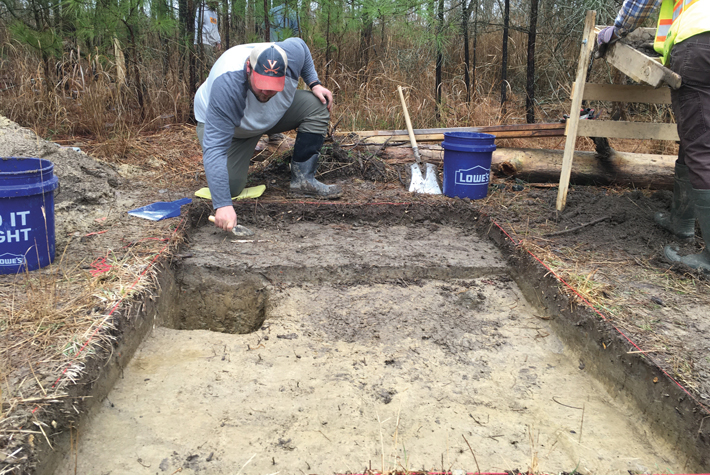 The site of the cabin where Harriet Tubman lived with her family as a young adult in the early 1840s has been located in the Blackwater National Wildlife Refuge on Maryland’s Eastern Shore. According to the will of his former owner, Tubman’s father, Ben Ross, was to be freed from slavery and granted 10 acres in the area. The precise location of his plot, however—referred to as “Old Ben’s Place” in later land deeds—was unknown.

A recent excavation led by Julie Schablitsky, project director and chief archaeologist with the Maryland Department of Transportation, has unearthed a range of evidence of the cabin. This includes a coin dating to 1808 found on an old road leading to the site, ceramic sherds imprinted with dishware patterns popular in the 1820s to 1840s, and bricks, nails, and hinges thought to have been part of the cabin itself. While living there, Tubman likely gained important skills for her career as a conductor on the Underground Railroad. “The area is wet, swampy, full of bugs, and wooded,” Schablitsky says. “She was able to learn to navigate brutal terrain, providing confidence to lead her people through such harsh environments.” Tubman may also have gained pointers on making her way farther afield from free Black mariners who transported wood that her father felled and sold to shipbuilders in Baltimore. 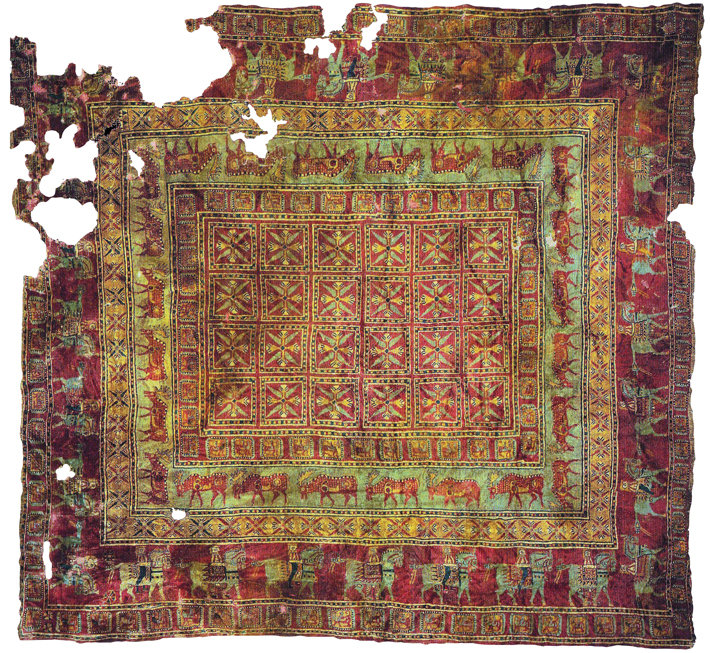 A member of the Pazyryk culture, a nomadic Scythian people who once roamed the mountainous terrain where present-day Russia, Kazakhstan, and Mongolia meet, was buried nearly 2,500 years ago with a textile featuring a rich tableau of lotus buds, deer, and cross-shaped figures. The textile, which measures roughly six feet on a side and was woven with more than 1,250,000 knots, is the world’s oldest known pile carpet. Since it was discovered preserved under a layer of permafrost in 1947, researchers have marveled at the carpet’s enduring hues of yellow, blue, and red.

A team of scientists led by Andreas Späth and Rainer Fink from Germany’s Friedrich-Alexander University Erlangen-Nuremberg recently attempted to figure out how Pazyryk artisans or their trading partners produced such intense colors. They experimented with a method of fermenting wool before dyeing it. “The microorganisms that grow during fermentation eat up fat layers between the cuticle scales in wool fibers,” says Späth. He explains that these fat layers block the diffusion of most natural pigments into the fibers. When the fat layers are gone, that diffusion is strongly enhanced. The team was able to observe this effect using a high-resolution X-ray microscope on both the wool fibers they dyed in their experiment and those from a tiny sample of the Pazyryk carpet, suggesting that the fermentation technique was used to create the carpet’s dazzling colors.

Archaeologists in the eastern Indian state of Jharkhand have unearthed a small vihara, an early type of Buddhist monastery. A team from the Archaeological Survey of India (ASI) investigating several mounds in a hilly area found a Buddhist shrine in one of them and the vihara in another. According to Rajendra Dehuri, ASI deputy superintending archaeologist, the monastery includes six rooms that open onto a wide veranda. Also found at the site were sculptures of Gautama Buddha, as well as the Buddhist deities Avalokiteshvara and Tara. The structure appears to have been built between the eighth and eleventh centuries A.D. 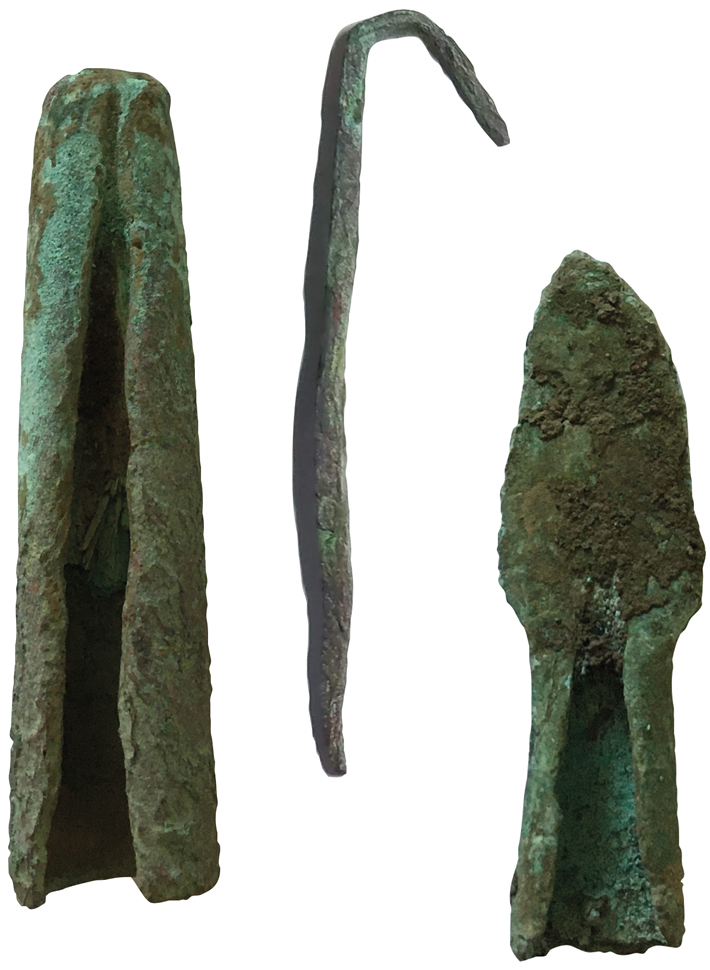 For millennia, hunter-gatherers living around Lake Superior created utilitarian objects such as projectile points, knife blades, and awls out of copper. Today, these Archaic period societies are collectively referred to as the Old Copper Complex (OCC). For reasons not entirely clear, the OCC emerged early in the Archaic period (9000–1000 B.C.) and disappeared sometime between 5,000 and 3,500 years ago. A range of dates has been suggested for when the OCC began. To better pin down when the OCC emerged, a team led by geologist David Pompeani of Kansas State University evaluated 53 radiocarbon dates associated with copper artifacts and ancient copper mines. They found that dates from wood and rope embedded in objects such as projectile points were most likely to reflect the time during which the objects were used, because these materials were preserved in their original context. “The oldest reliable age from embedded material in a copper artifact is about 8,500 years old,” says Pompeani. “Many other samples of embedded material have ages between 8,000 and 5,000 years ago.”

As to why one of the world’s oldest metalworking traditions was abandoned, archaeologist Michelle Bebber of Kent State University believes that copper blades and projectile points did not offer enough of an advantage over stone versions to warrant the greater effort involved in making them, particularly as populations grew and resources diminished. People needed more time to hunt and defend their territory, Bebber suggests, and may have repurposed copper for use in trade or as gifts.