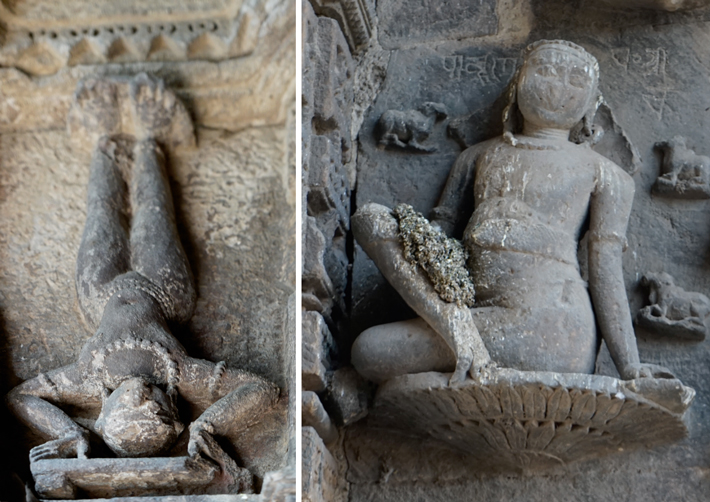 The earliest textual and sculptural evidence of yoga, which came to be practiced in northern and northwestern India and what is today Pakistan, dates to the last few centuries B.C. For at least a millennium afterward, yoga generally involved meditation in the cross-legged lotus position. It was largely practiced by ascetics who saw the body as something to be controlled and subdued, or even mortified, through extreme activities such as standing or holding their arms above their heads for years on end. “It’s quite different from what we understand as yoga nowadays,” says James Mallinson, a scholar of the history of yoga at the University of London’s School of Oriental and African Studies.

Around 1,000 years ago, yoga practices that aimed to develop, rather than punish, the body began to appear. Known as hatha yoga, or yoga by means of force, this novel form incorporated new balancing postures that involved standing on one’s head or holding one’s legs up in the air while sitting. “Suddenly, the texts start teaching these physical methods of cultivating the body to make it strong, fit, supple, and lean, but also to harness its vital energies,” says Mallinson.

An early sculptural representation of hatha positions can be found on a gate dating to around A.D. 1230 in the town of Dabhoi in the northwestern Indian state of Gujarat. Hindu deities, yogis, and yoginis are depicted bending their limbs in ways that wouldn’t be out of place at a modern yoga studio. “This is the beginnings of yoga as a wellness tradition,” says Mallinson. “The notion of doing yoga to improve your body and stay healthy seems to appear about a thousand years ago, and from then on, there is a continuum to what we find today.”