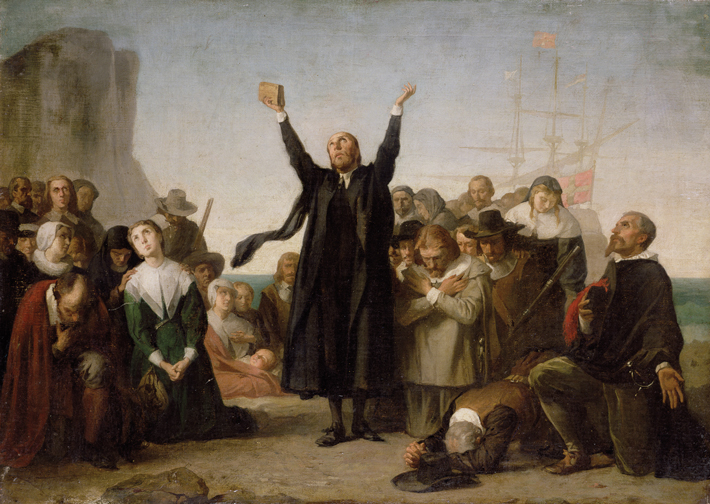 Among the Puritans who settled the Massachusetts Bay Colony in the seventeenth century, drunkenness, excessive tobacco consumption, and conspicuous displays of prosperity such as extravagant dress were strictly forbidden. In a society not given to self-indulgence, wellness could take paradoxical forms. Harvard University archaeologist Diana DiPaolo Loren says that Puritans may have genuinely felt at their best under conditions of self-imposed privation, which were intended to earn them eternal salvation. “In Puritanism, to be healthy means to be right with God,” she says. “The threat of uncleanliness and of the devil would have been omnipresent, so people would have taken great care with their dress, with their comportment, and with their surroundings.” Seventeenth-century Harvard College students, for instance, may have been most comfortable in the scholar robes that they wore over plain woolen clothing, which presented a suitably humble appearance before God.

But evidence that sometimes Puritans such as those who attended Harvard broke the rules provides a different perspective on wellness, a kind of self-care rooted in rebellion. The college was founded in 1636 to train Puritan clergy tasked with ministering to the growing colony and converting the region’s Indigenous peoples to Christianity. Scholars as young as 16 came to learn scripture, mathematics, philosophy, language, and Physick, or the art of healing, under strict moral codes of conduct. Excavations of Harvard Yard have unearthed thousands of tobacco pipe fragments, indicating that students enjoyed smoking for pleasure far beyond what was allowed for medicinal purposes by the college’s rules. Archaeologists also uncovered a pierced farthing coin, which would have been worn around the neck to ward off evil, a folk magic practice forbidden by Puritan teaching. “There was a constant push and pull between presenting yourself in public and getting by day to day in a very inhospitable world,” says Loren.