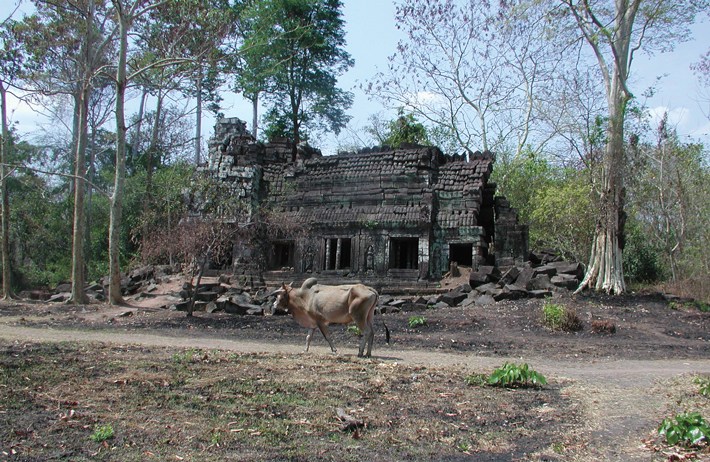 As part of an effort to win his subjects’ loyalty, the Khmer king Jayavarman VII, who ruled the Angkor Empire from A.D. 1181 to 1218, launched what may have been Southeast Asia’s first state-run health care system. Across his empire’s territory, which stretched from the southern tip of Vietnam, through Cambodia, Laos, and parts of Thailand, the king ordered the construction of 102 hospitals called arogyasala. At these institutions, dedicated staffers such as astrologists and sacrificers dispensed measures of rice, honey, camphor, ginger, and other medicinal substances to patients.

Jayavarman VII’s government also seems to have invested in nonclinical forms of wellness. Along a sophisticated network of roads crisscrossing the empire, archaeologists have uncovered evidence of buildings spaced some seven to nine miles apart that are believed to have sheltered weary travelers. “These hubs included stone temples called vahni-griha, or fire shrines, which were solely the domain of the gods,” says University of Illinois Chicago archaeologist Mitch Hendrickson. “Around the stone temple structures, there were buildings made of more ephemeral materials, where people could enter and rest.” Jayavarman VII appears to have made it a priority to provide a comfortable experience for travelers in order to encourage them to use the roads and to boost the prestige of the empire as it absorbed new territory and brought disparate cultures into the fold. “In some ways, the rest houses are the direct equivalent to modern highway rest areas,” Hendrickson says. “They were safe places to stop, to pray, and to feed your water buffalo and cattle. Eventually whole communities likely coalesced around them.”