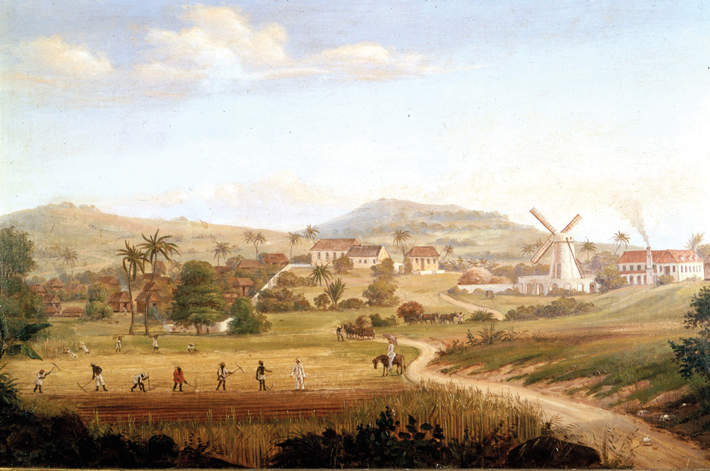 Even under excruciating circumstances, members of oppressed communities may seek wellness through resistance and survival. The Danish government abolished the slave trade as of 1803. From then until 1848, when enslaved people in the Danish West Indies were officially emancipated, plantation owners, colonial officials, and European physicians sought to maintain the captive labor force they could no longer replenish from Africa. At Cane Garden, a sugar plantation on Saint Croix that operated in the eighteenth and nineteenth centuries, enslaved people practiced self-care that contrasted with the medical treatment that was forced upon them. “Plantation hospitals were designed to keep enslaved people alive and to keep them working, which is a form of violence,” says San Francisco State University archaeologist Meredith Reifschneider, who led a team that excavated and analyzed botanical remains from the site of the plantation’s hospital building.

Reifschneider and her colleagues found evidence of a once-thriving kitchen garden where enslaved workers grew plant species that have both nutritional and therapeutic value. Some of these, including nightshades, purslane, and amaranth, may reflect knowledge of healing plants that people had brought to the West Indies from Africa. The team also uncovered extensive remains of pigs, goats, fish, and mollusks, as well as ceramic cooking pot fragments, suggesting that nurses nourished patients with stewlike meals. “We started to focus on the plants, animal resources, and cooking practices, and began looking at those things from a wellness standpoint,” says Reifschneider. “We realized the enslaved community focused on more than just physiological health, and worked toward fostering communal well-being.”