From Acadian to Cajun 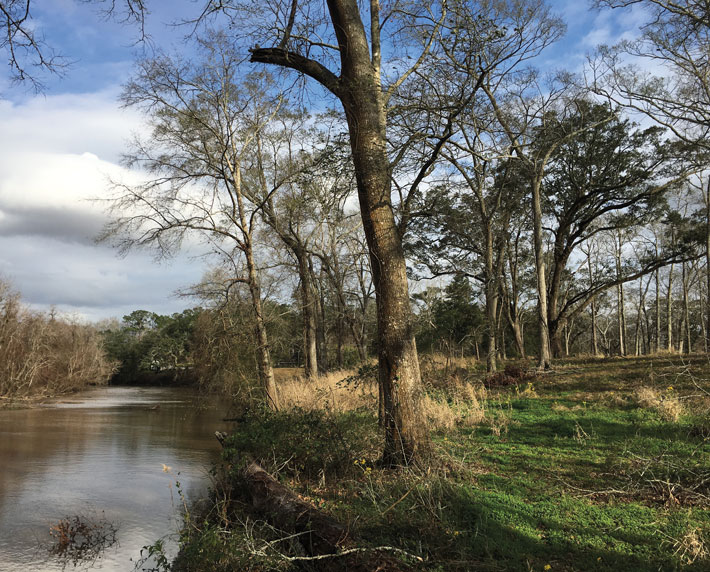 When the British deported thousands of Acadians from Nova Scotia and the surrounding region starting in 1755, they attempted to divide the exiles into small groups to prevent them from banding together and resisting or returning. Marginalized in their new communities, many Acadians ended up regrouping and settling in Louisiana. By 1800, more than 4,000 transplants were living in Nouvelle Acadie, or New Acadia, where they became known as Cajuns, a moniker derived from the pronunciation of ’Cadiens. However, little archaeological work has been dedicated to finding evidence of Louisiana’s early Acadian settlers.

Among the most storied of these early arrivals was a group led by the brothers Joseph and Alexandre Broussard. The pair had waged a legendary, if ultimately doomed, guerrilla campaign against the British in Nova Scotia after the initial deportations. In November 1764, they finally admitted defeat and left their homeland for the French colony of Saint-Domingue, modern-day Haiti. After a brief stopover there they continued on to New Orleans with nearly 200 compatriots, likely believing that it was also a French colony. However, the French had secretly ceded Louisiana to the Spanish in 1762, but remained as caretakers of the colony until 1766. The acting French governor lauded Joseph Broussard as a hero for his efforts against the British and offered his group land at Poste des Attakapas, west of New Orleans. Soon after arriving there, the settlers were devastated by an epidemic, possibly yellow fever. Alexandre died in September 1765, and Joseph died the next month at a camp known as Beausoleil, or Beautiful Sun, the brothers’ shared nickname.

Mark Rees, an archaeologist at the University of Louisiana at Lafayette, leads the New Acadia Project and is attempting to uncover traces of Camp Beausoleil and two other clusters of homesites. These sites are thought to be located around the village of Loreauville on the natural levee of Bayou Teche, which was once a channel of the Mississippi River. Rees has excavated at a location he believes was one of these camps. Tin-glazed and other eighteenth-century ceramics have been found at three sites in all, including a location that may be Joseph Broussard’s final resting place. “The site is protected by the bayou on three sides and sits on the relatively higher ground of Teche Ridge,” Rees says. “It appears to be the perfect strategic location for Camp Beausoleil.”