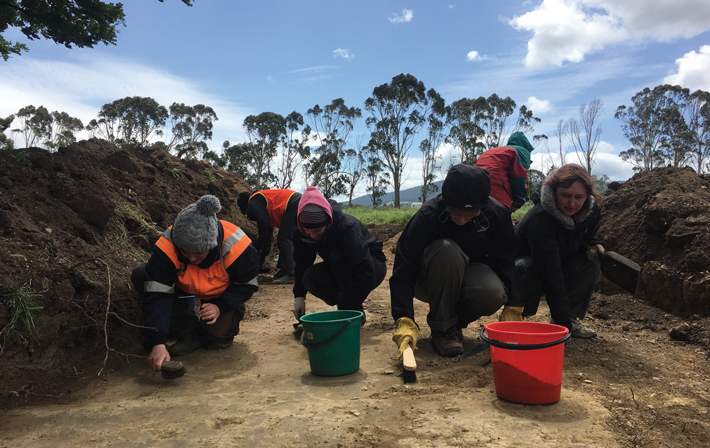 In the mid-nineteenth century, thousands of settlers from diverse European and Asian backgrounds began to arrive in Britain’s young colony of New Zealand. Many were drawn to the South Island region of Otago by dreams of a pastoral lifestyle, or by the discovery of gold in the 1860s. A picture of the multicultural society these colonists formed is beginning to emerge through analysis of human remains recovered from unmarked graves at three cemetery sites. Researchers conducted isotope and DNA analysis, hoping to determine where the people came from. Isotope analysis, explains University of Otago archaeologist Charlotte King, can help indicate where someone grew up, while DNA provides information about genetic heritage, narrowing down where someone’s ancestors are from. “The combination of isotope and mitochondrial DNA analysis can tell us quite complex stories about a person,” says King. “For instance, we identified one person in the study who has European DNA, but an isotopic signature and material culture in their burial that match Chinese individuals in our sample.”