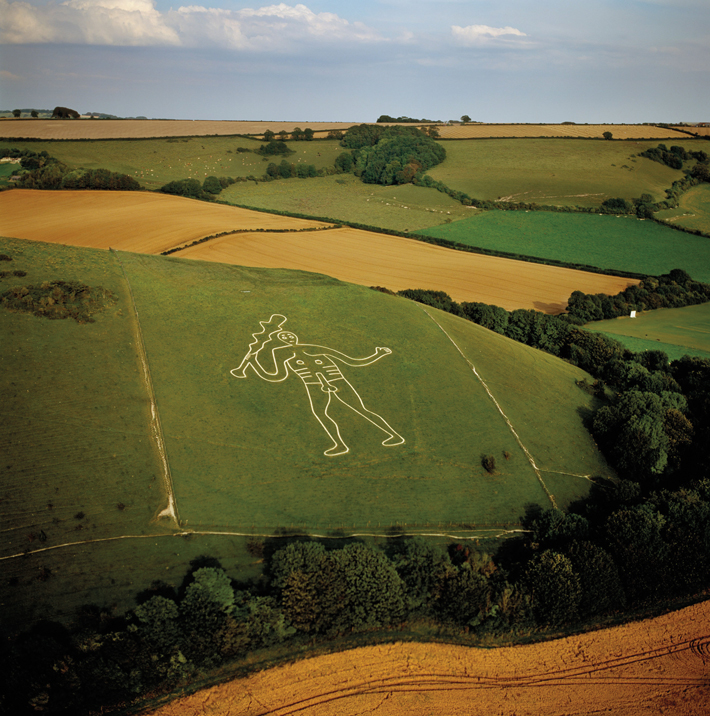 At first glance, the 180-foot Cerne Abbas Giant might appear to be the most profane of Britain’s iconic chalk figures. But a new interpretation suggests that one of Dorset’s most famous residents may actually have been associated with a ninth-century A.D. cleric. By using optically stimulated luminescence to analyze samples of deeply buried soil from when the giant was first cut into the hillside, researchers have now established that the figure dates to the early medieval period, between A.D. 700 and 1100—not the Bronze Age, the Iron Age, or the early modern period, as has previously been suggested by various observers throughout the centuries.

Some have speculated that the giant depicts a pagan god, but National Trust archaeologist Martin Papworth says that most inhabitants of Dorset had converted to Christianity by the eighth century A.D., the earliest years of the giant’s newly established age range. Instead, Papworth suggests, it’s more likely that the giant was associated with Cerne Abbey, a Benedictine monastery dating to A.D. 987 located barely 200 yards from the chalk geoglyph. “A ninth-century prince called Eadwold became known for healing people and lived as a hermit in the area,” says Papworth. “When the abbey was founded, Saint Eadwold became its patron, and it’s possible that the giant was originally created as a depiction of the saint pointing pilgrims toward the abbey in which his shrine is located.” Papworth explains that lidar imaging of the giant shows the figure has been altered significantly over the centuries. In fact, he once had a belt, and possibly also trousers, and his most obvious attribute was a later addition, meaning he may once have been more suitable for polite monastic company.