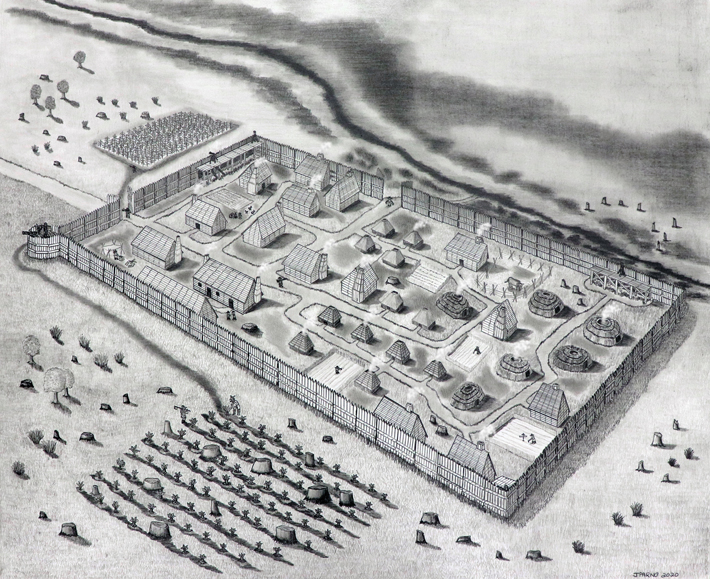 The decades-long search for a colonial-era fort in southeastern Maryland ended when archaeologists confirmed its location outside Historic St. Mary’s City. St. Mary’s Fort was built in 1634 by Maryland’s first European settlers, who purchased a plot of land from the local Yaocomaco people. The settlement was the fourth English colony in America, following only Jamestown, Plymouth, and the Massachusetts Bay Colony. It became Maryland’s first capital.

Seventeenth-century documents include a vague description of the fort’s dimensions and location, but archaeological work over the past 50 years had failed to uncover proof of its existence. Locating the fort was challenging because it was only occupied intensively for six to eight years, says Travis Parno, director of research and collections for Historic St. Mary’s City. Thus, there were fewer artifacts to be found than at other sites occupied for multiple generations.

According to tradition, the fort was located along the banks of the St. Mary’s River. But recent geophysical surveys in a field more than 1,000 feet from the river detected traces of a large rectangular palisade enclosing a space roughly the size of a football field. Subsequent investigations revealed postholes, hearths, the footprints of buildings, and seventeenth-century cultural material that helped verify that this was the elusive fort. These included a 1633/1634 King Charles silver shilling and a 1622 copper five-saints medallion.