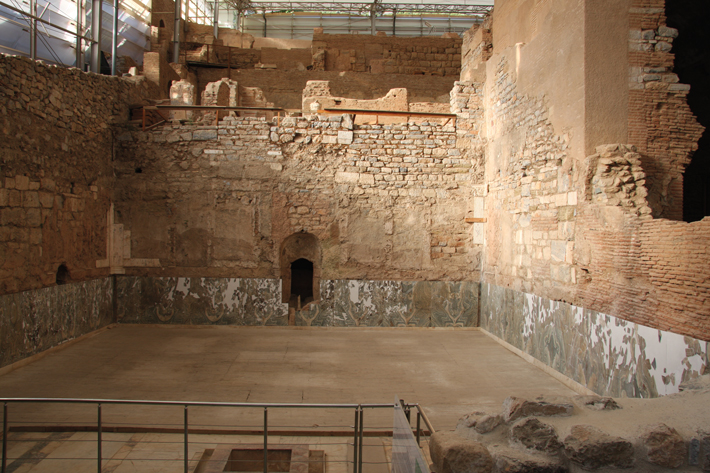 Researchers have gained new insight into the efficiency of Roman marble production and decoration strategies employed by Roman architects. Because marble was expensive, Romans often used thin slabs as veneers, attaching them to walls built of less valuable material such as bricks. A recent study led by Cees Passchier, a geologist at Johannes Gutenberg University Mainz, examined 54 marble panels excavated from a second-century A.D. villa in Ephesus, Turkey. Using 3-D modeling software, Passchier and his team found that 40 of the panels had been precisely cut into 0.6-inch slices from a single block of cipollino verde, a type of greenish marble known for its elaborate wavy folds, using a water-powered sawmill. The researchers determined that the slabs were not randomly hung on the walls. Instead, sections of the block cut one after the other were mounted next to each other in pairs, like opposing pages of a book. The marble’s natural patterns created kaleidoscope-like symmetrical designs. Passchier’s team also determined that the whole process, from cutting to polishing to transportation, was extremely efficient, resulting in only 5 percent of all slabs being broken, a figure on par with present-day marble production.