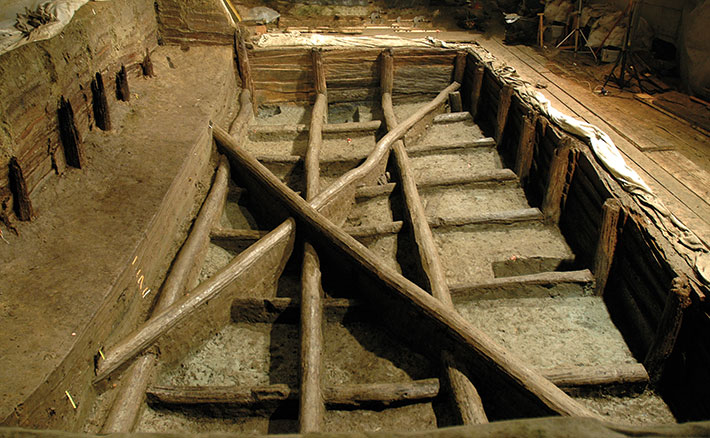 On a hilltop at the edge of the town of Noceto on northern Italy’s Po Plain, a 2004 construction project had gotten just a few feet into the ground when a wooden structure began to emerge. A team of archaeologists led by Mauro Cremaschi and Maria Bernabò Brea was called in to investigate. “At the beginning, we thought it was probably some sort of residential building,” says team member Andrea Zerboni, a geoarchaeologist at the University of Milan. “But soon after we started the excavation, we noticed that the sediments inside the structure weren’t related to domestic activity.” Rather than material such as ash and charcoal, typically found where people lived or worked, the structure was filled with natural sediments of the sort that would be found in a lake. The structure they were excavating was not a building at all, the researchers realized—it was an artificial pool. What they have learned about this pool in the years since has provided surprising new insights into the social organization and ritual practices of a culture that thrived in this fertile region for centuries during the second millennium B.C. before disappearing. “The Noceto pool is unique in Italy—it’s unique in the world,” says Zerboni. “Building such a structure implies very careful planning, coordinating the work of many people, and a very clear architectural plan. We don’t expect to find such majestic structures from prehistory.” 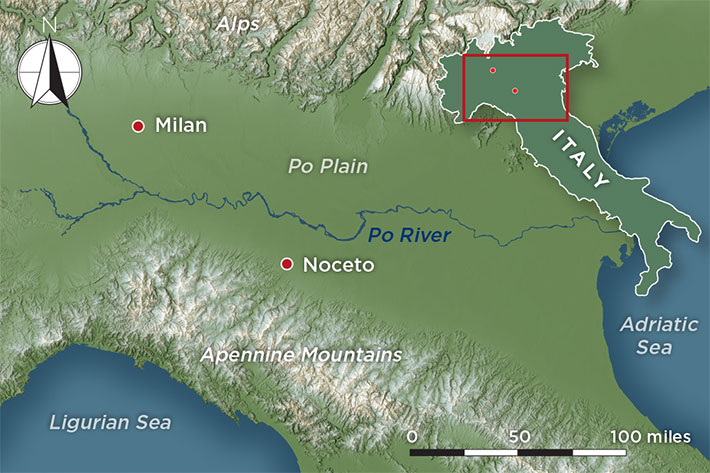 When they reached the bottom of the pool after several years of careful work, the archaeologists marveled at the feat of ancient engineering before them. Twenty-six wooden poles were arranged vertically to form a tank measuring roughly 40 feet long, 23 feet wide, and at least 16 feet deep. More than 240 interlocking boards lined the pool’s earthen walls and were held in place by the poles. The poles, in turn, were pressed against the walls by two networks of horizontal beams that crossed the pool perpendicular to each other. And, for good measure, a pair of long beams were arranged diagonally to buttress the four corner poles. As the researchers would learn, the pool’s builders had good reason to take extra care to ensure the soundness of their design. “When we arrived at the bottom, we said, ‘OK, our job is done, we have finished the excavation,’” says Zerboni. “But we dug a few more trenches just to check what was below the tank, and we found evidence of another wood structure.” This turned out to be an earlier attempt at building a somewhat larger tank, which had collapsed before it was completed. It’s unclear whether the earlier design simply couldn’t withstand the pressure of the earthen walls or whether one of the area’s frequent earthquakes contributed to its demise. In any case, the upper tank, whose design included additional supports, held strong for millennia.

The team found no indication that the pool had served any practical purpose. There was no sign of a mechanism for channeling water in or out, and the fine-grained sediments had accumulated slowly at the pool’s bottom without the sort of regular disturbance that would have occurred if it had served as a reservoir. Their excavations did, however, uncover an extensive array of material in the pool. The finds include around 150 complete vases and 25 miniature vessels, which pottery experts dated to this region’s Middle Bronze Age (ca. 1600–1300 B.C.). Zerboni notes that the pottery found in the pool is of a type that would have been highly valued and used only for special occasions. The excavators also uncovered seven small clay votive figurines depicting horses, pigs, cows, and, in one instance, an anthropomorphic figure. Similar examples from the period in Europe are known, but are quite rare, says Zerboni. A large number of animal remains were unearthed as well, primarily deer antlers, but also a complete skeleton of a baby pig. There were spindles, numerous baskets, and several large blocks of wood, as well as hundreds of wooden farming tools, including four whole and fragmentary plows. These items had all been carefully deposited in the pool in distinct layers, as if during multiple events. “From this evidence, and from the greatness of the structure, we started thinking it was related to some sort of ritual,” says Zerboni. “The Noceto pool was probably built to celebrate something.” 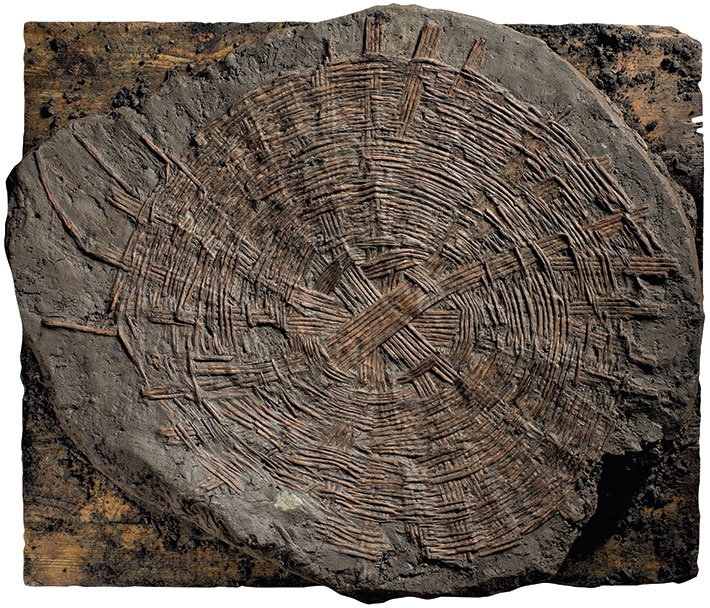 During the Middle Bronze Age, farmers belonging to a culture known as the Terramare settled the Po Plain, which is bordered by the Alps to the north and west, the Apennine Mountains to the south, and the Adriatic Sea to the east. The Terramare completely cleared the area’s forests and intensively cultivated the land. The landscape proved bountiful, producing bumper crops of wheat, barley, and other cereals, and supporting plentiful herds of livestock including sheep, goats, and pigs. To further their agricultural endeavors, the Terramare embarked on extensive irrigation projects. They located their settlements along the Po River and its tributaries, and dug a large number of wells. These settlements were surrounded by moats, which were at once defensive features and additional sources of water. The Terramare built their houses on wood piles, using timber harvested from the rapidly depleting forests.

Over time, the remains of Terramare villages grew into mounds that became stores of rich organic material. This phenomenon is the source of the culture’s name—from terra marna, which means “rich land” in the local Emilian dialect. In the eighteenth and nineteenth centuries, the decayed contents of many of these mounds were used to fertilize the fields of the Po Plain, which continues to be one of the most agriculturally productive regions in Europe. Such was the fate of the mound containing the remains of the Terramare village closest to the Noceto pool, which lay just a few hundred yards away.

To determine when exactly the tanks were built, the University of Milan team recently collaborated with Sturt Manning, an archaeologist and dendrochronology expert at Cornell University. The tanks were built primarily from oak, which meant that conventional dendrochronology was not an option—there is not a continuous securely dated sequence of oak tree-ring records that goes back as far as the Middle Bronze Age in northern Italy. Instead, Manning used a technique called tree-ring radiocarbon wiggle matching. This involved measuring the amount of radioactive carbon in samples drawn from a number of rings in wood from the tanks. Given that the baseline amount of radiocarbon in the atmosphere fluctuates over time based on factors such as the level of sunspot activity, the amount of radiocarbon in a sequence of tree rings does not decline at a steady rate that corresponds to the rings’ ages. Instead, a graph of the rings’ radiocarbon content includes a series of “wiggles,” or fluctuations in the amount of radiocarbon. By comparing these wiggles with measurements of radiocarbon in trees whose precise ages are known, Manning was able to estimate the age of the wood from the tanks. The presence of the tree ring immediately below the bark in one case along with two groupings of “sapwood rings,” which are close to the bark, helped establish that the timber used to build the tanks was felled at two different points. According to the results, the lower tank was built around 1444 B.C. and the upper tank was built about 12 years later, around 1432 B.C. There is some uncertainty in the measurement of radiocarbon levels, but both estimates are thought to be accurate to within around four years.

This technique gave the team a far more precise date than had been possible using pottery styles or conventional radiocarbon dating. It placed the pool’s construction very close to a time when a major shift in the Terramare culture occurred. Around 1450 B.C., the number of Terramare settlements increased and some grew much larger. The overall population also increased and people exploited the land more aggressively. There are indications that what had been a relatively egalitarian society grew more hierarchical at this point. To Zerboni, the pool and the items deposited in it were likely intended to represent many of the elements contributing to the culture’s success. These included wood, which they used to build their villages; farming tools, which they used to work the land; and water, which they used to nourish crops. “These were probably offerings to a divinity or to nature to show how grateful they were,” Zerboni says. “The pool was a sort of monument intended to celebrate the agriculture and the natural resources that supported their community.” 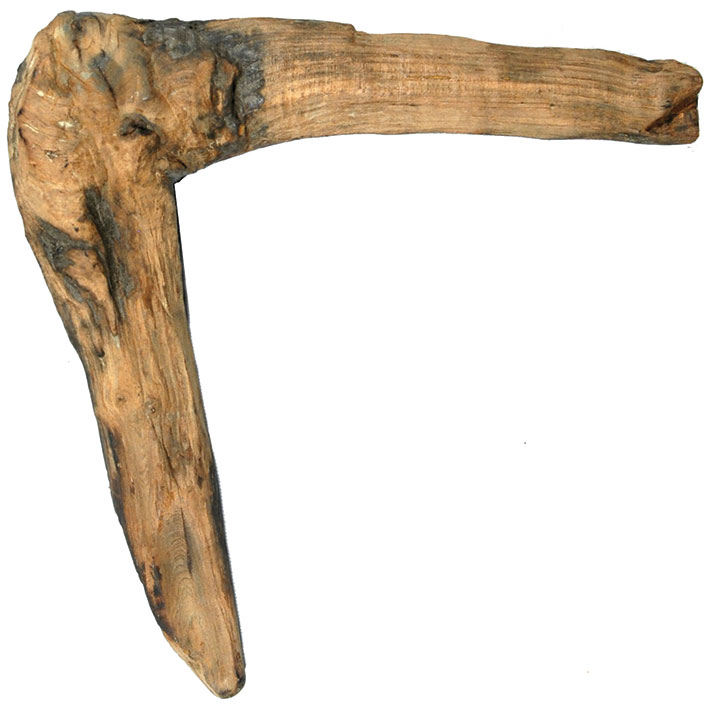 Manning believes that the process of building the pool may have helped fortify the hierarchy that appears to have developed as the Terramare population exploded. “You might speculate that this is the sort of group building and regional collective activity that an ambitious ruler or priest might engage in to link together a community or even a couple of communities,” he says. “Creating the thing means people have to gather together, work together, create a common purpose, and then it becomes a sort of venue to come and visit afterwards.” Those members of the community who climbed the hill to gaze into the pool’s waters might have been rewarded with a transcendent experience. “You could almost see this as a mirror in which you would have been both looking at the reflection of the world around you, but also looking through it to see some form of netherworld or underworld,” Manning says. “I wonder if this wasn’t symbolic of connections between the divine and the earthly for these people.”

Around 1150 B.C., the Terramare culture collapsed, and all their settlements on the Po Plain were abandoned. This was most likely a result of a strain on resources due to increasing population, exacerbated by declining rainfall. According to Zerboni, the Terramare likely moved to the Apennines or the southern edge of the Alps. The plain was resettled around 200 years later, and, when people returned, they once again cultivated the region, employing Terramare tools and techniques, which continued to be used until quite recently. Among the tools excavated in the Noceto pool, Zerboni, who himself grew up on the Po Plain, recognized a small piece of bent wood used to poke holes in the soil in which farmers would then plant seeds. “I remember my grandfather used the same tool to cultivate his garden,” he says. “In the Noceto pool, we have the roots of the traditional culture of the Po Plain, which probably dates back almost 3,500 years.” 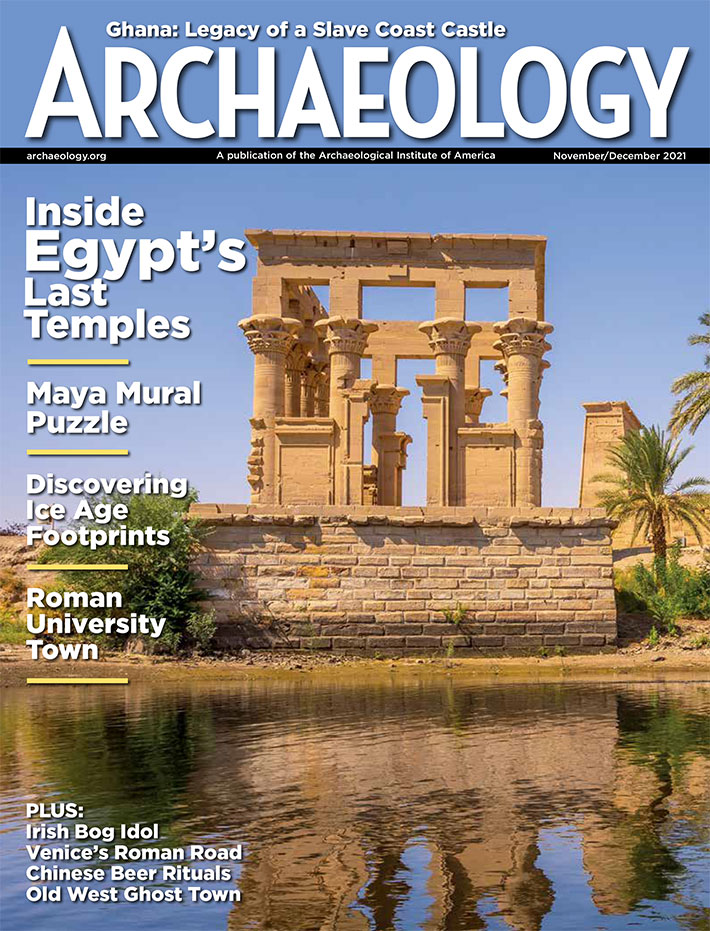 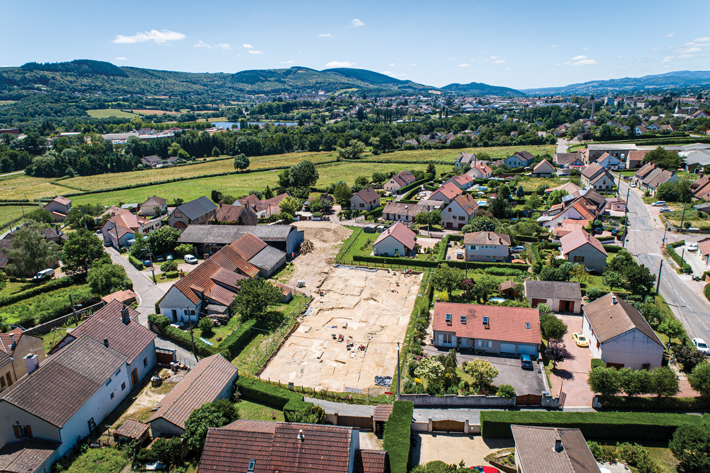