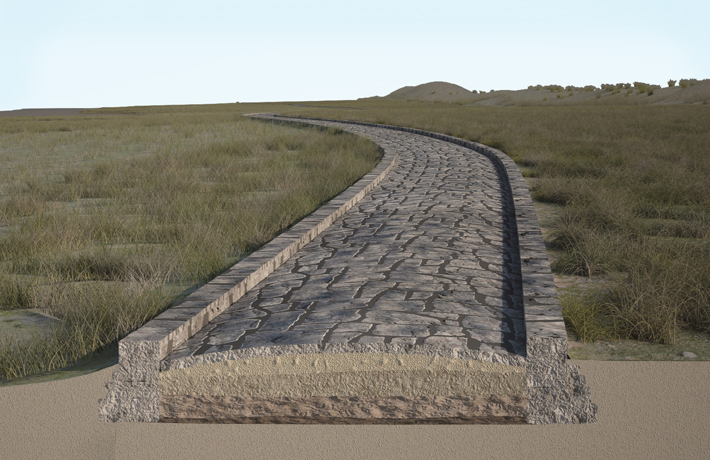 Scholars have long debated whether the Romans inhabited the Venetian lagoon, an enclosed bay on the Adriatic Sea where Venice lies, in the centuries before the city was founded in the fifth or sixth century A.D. Since much of the Roman-era landscape is now submerged under Venice’s rising waters, traces of the Romans’ presence have been difficult to detect. However, a new investigation was able to locate and map a stretch of a previously unknown Roman road now 18 feet beneath a waterway known as the Treporti Channel. The road was likely once part of a network connecting the area to the mainland and the Roman port city of Altinum. Underwater archaeologists identified Roman artifacts dating to between the first century B.C. and third century A.D., as well as the foundations of a large stone building believed to have been part of the Roman harbor infrastructure at the southern entrance to the lagoon. “This changes the perspective on the significance of the Roman settlements in the area,” says researcher Fantina Madricardo of the Italian National Research Council’s Institute of Marine Science. “They were not marginal, but permanent and diffuse.”