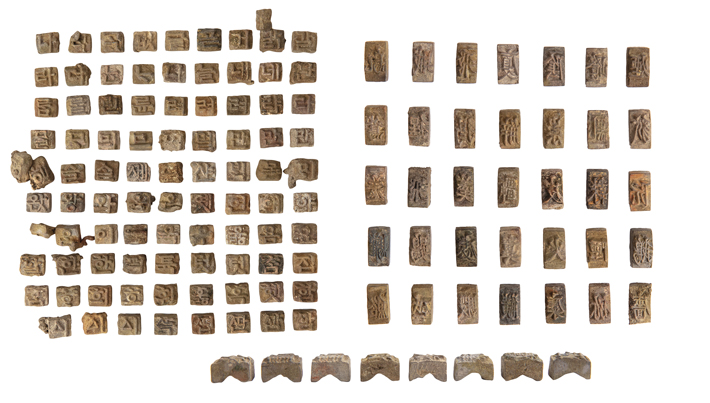 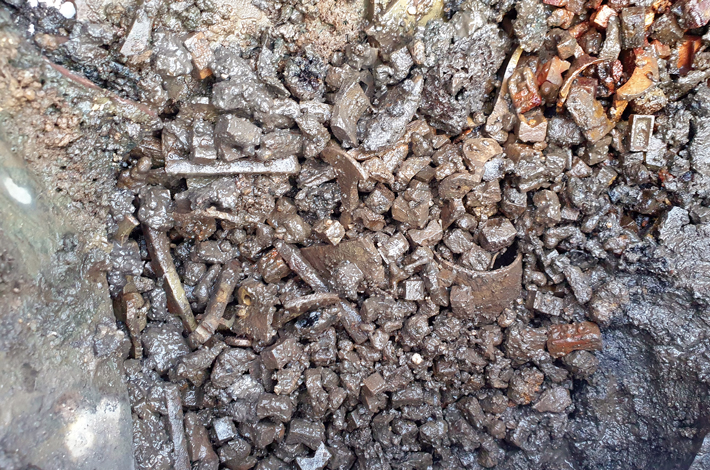 About 1,600 blocks of metal movable type from the fifteenth and sixteenth centuries have been discovered inside an earthenware pot underneath Jongno, one of Seoul’s busiest tourist districts. This is the largest collection of movable type blocks from the period ever discovered in Korea. Six hundred of the pieces use hangul, the Korean alphabet, which was created in 1433 and gradually replaced Chinese characters.

The earliest known examples of hangul metal movable type are 30 pieces held by the National Museum of Korea, dating to 1455, that were used by Korean royalty. Researchers believe the new finds date from around the same time. The blocks were found with other metal objects that commoners would normally not have had access to, including artillery and parts of an astronomical clock and a water clock—both of which are described in royal documents.

During the Joseon period (1392–1910), the Jongno area of Seoul was one of the city’s most prosperous financial and commercial districts, as well as home to government officials and wealthy merchants. Archaeologists believe the site where the type blocks were found was likely a house’s storage room, and that the blocks were buried with the intention of reusing them later. This may have been a response to an unexpected event, such as the Japanese invasion known as the Imjin War (1592–1598).