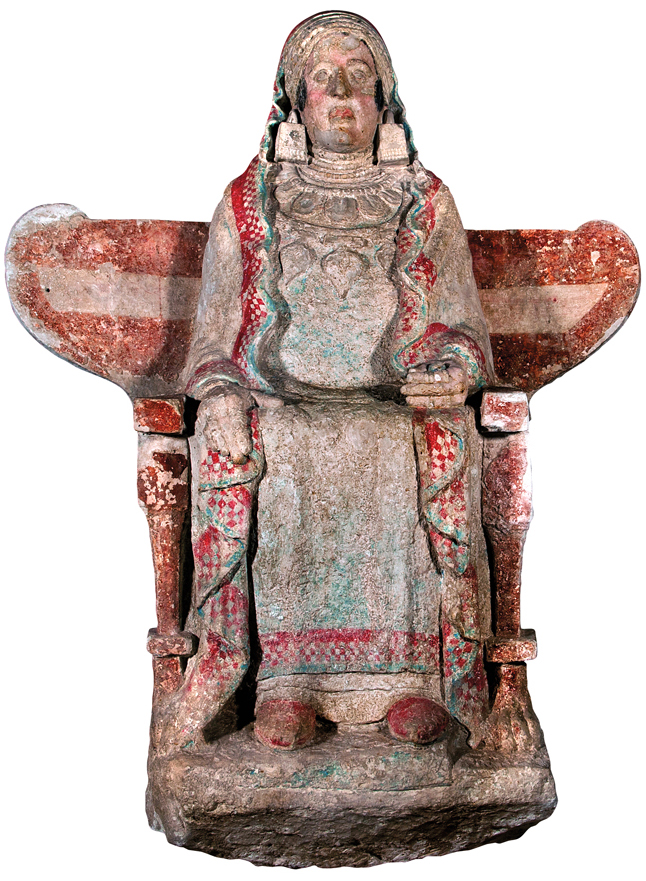 An unusual painted sculpture of a woman covered in jewels and seated on a throne dating to the fourth century B.C. was unearthed in a tomb in the southern Spanish city of Baza in 1971. As soon as it was out of the ground, the sculpture’s colors began to fade. At the time, archaeologist Francisco Presedo attempted to preserve the colors by coating the sculpture in hair spray. Later, more scientific conservation methods were applied. Now, a team of researchers led by Teresa Chapa Brunet of the Complutense University of Madrid has employed digital photographic techniques to capture the original colors of the Lady of Baza, as the sculpture is known. By using polarizing filters, which eliminate almost all reflected light, they have revealed that the sculpture appears to represent an Iberian woman wearing clothing typical of the period, with lifelike skin tones and even a double chin. Chapa Brunet notes that other Iberian sculptures from the time tend to be more idealized and stylized. “This is the only Iberian stone sculpture to have been found in a tomb, which suggests it was intended for a private rather than a public context,” she says. “This could explain the realism of its features.”