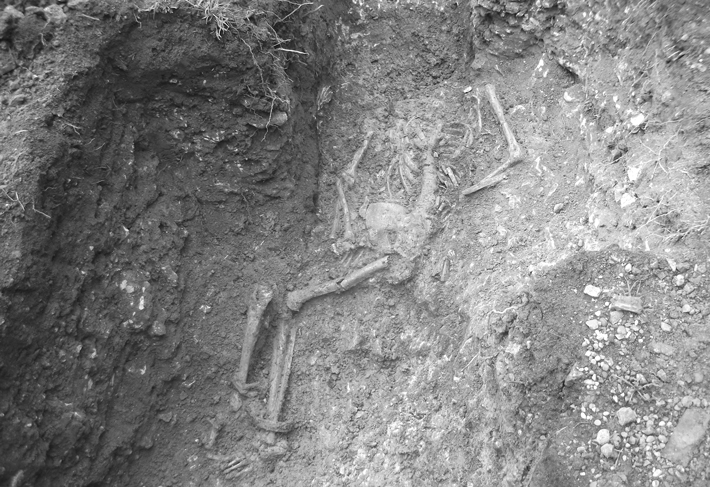 From its heart in Italy across its many thousands of miles, the Roman Empire was built and maintained by slaves. Some were born enslaved, the sons and daughters of enslaved mothers. Others were captives subjugated by the Roman army. Still others were bought and sold at slave markets. Slaves toiled in all arenas of the Roman world, including homes, schools, fields, mines, construction projects, and even entertainment. A few, including the former gladiator Spartacus, even led rebellions against Rome. 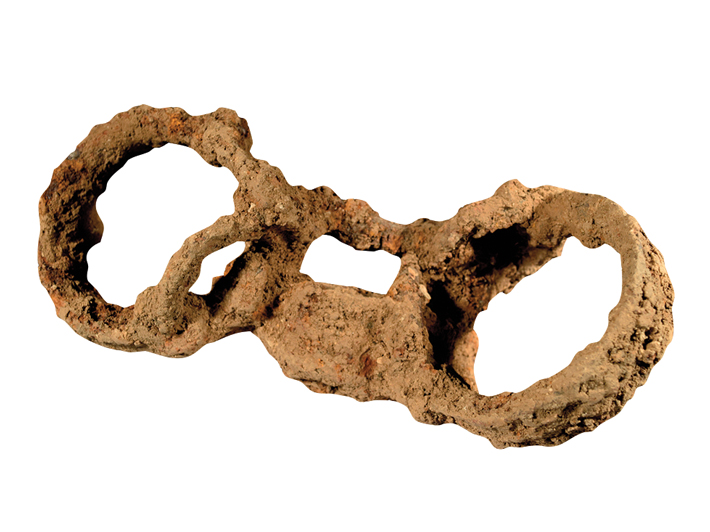 Yet Roman slaves are nearly invisible in the archaeological record. They had few if any possessions, are rarely identified in texts, and their burials are seldom marked with a gravestone. “Slavery is a profound part of the Roman world and completely endemic,” says archaeologist Michael Marshall of Museum of London Archaeology (MOLA). “But especially for Roman Britain, people have avoided talking about or investigating it because of the lack of texts and the complexity of the issue of slavery.” A unique burial discovered in central England’s Midlands region may be the first step to changing that.

Several years ago, during work on a greenhouse at a home in the village of Great Casterton, builders unearthed an adult male skeleton, which was then excavated by a MOLA team. The man was lying on his right side and had heavy iron fetters secured by a padlock around his ankles. His remains were radiocarbon dated to between A.D. 226 and 427, a period during which, until the very last years, the Romans occupied Britain. Earlier excavations about 200 feet away had revealed a well-planned third- to fourth-century A.D. cemetery filled with 133 burials, at least some in wooden coffins. The man’s skeleton, however, had been tossed into a ditch at the time of his death between the ages of 26 and 35. His twisted body, the unnatural position of his left arm over his head, and the absence of scavenging animals’ tooth marks—which likely would have been visible on his bones had his body been exposed for any length of time—all suggested the man was buried quickly and with little care. Although his skeleton is well preserved, indicating he was five feet five inches tall—average for the period—his head is missing, likely an accidental casualty of modern construction work. Marshall and MOLA osteoarchaeologist Chris Chinnock immediately wondered if the man had been a slave, which would make him the first Roman slave to be archaeologically excavated in Britain. But in the absence of a clear methodology for recognizing Roman slavery in the archaeological record, how would they know? 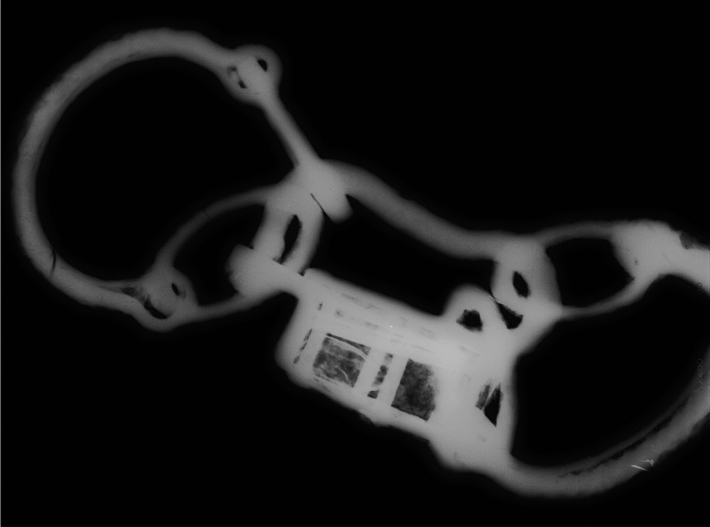 “The suggestion of slavery, punishment, or something nefarious immediately leapt to mind,” says Chinnock. Despite the fetters’ dramatic appearance, they do not definitively prove that the man was enslaved. This type of shackle has rarely been found anywhere in the Roman world, and never in Roman Britain. When Chinnock examined the skeleton to reconstruct the man’s life based on his bones, creating what scholars call an osteobiography, he found some lesions on his ankles and tibias from infections or trauma, but nothing that conclusively linked them to the fetters. He also found a bony spur on the man’s left femur. “The spur is of a type that can occur from a traumatic injury or from the repetitive activities of an active lifestyle, hard labor, or even heavy contact sports,” says Chinnock. “Nothing screams that this person was enslaved.” Furthermore, the man was buried near a thriving Roman town, and there would have been both slaves and laborers in the surrounding fields, farms, and villages.

Still, says Marshall, the Great Casterton burial is “about the best evidence you could have for the social phenomenon of slavery.” “We don’t see the physical evidence of enslavement very often, so it evokes an immediate response,” says Chinnock. “This was an actual person, and he is valuable as an individual.”