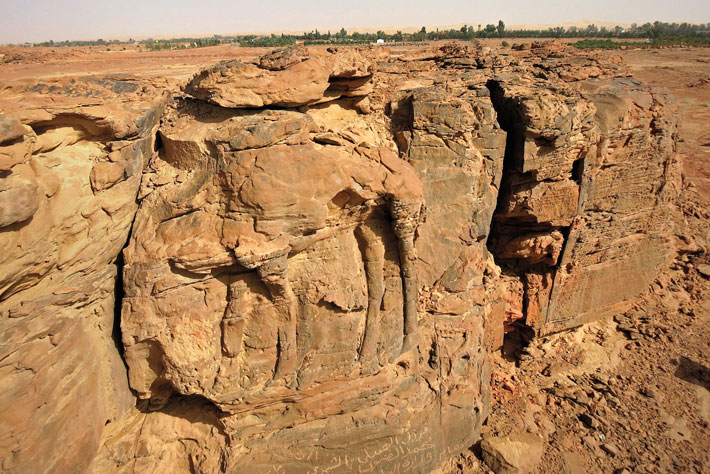 Twelve panels depicting images of camels and wild donkeys are now known to be the oldest life-size animal reliefs in the world. By using techniques such as analyzing tool marks and erosion, as well as radiocarbon dating associated artifacts, researchers have dated the reliefs at what is known as the Camel Site to the middle of the sixth millennium B.C.—some 5,000 years earlier than they had originally thought. During the Neolithic period (ca. 8000–3000 B.C.), northern Arabia was much wetter than it is now, and nomads herded sheep, cattle, and goats and hunted abundant wildlife. Animals would have had a crucial role in the herders’ existence, which may help explain why they created the massive reliefs.

Archaeologist Maria Guagnin of the Max Planck Institute for the Science of Human History explains that the site was clearly used for centuries, and possibly even millennia, and new reliefs were periodically added or old ones re-carved when details began to fade. “I wonder if the site was visited regularly, but reliefs were only added on special occasions,” she says. “Or was it only visited for special occasions, when new reliefs were added or existing ones repaired?” Guagnin has no question, however, regarding the mastery displayed by the Neolithic artists, who worked high atop cliffs where they would never have been able to see the entire animal while carving it. “The level of naturalism and detail is astonishing,” she says, “and the technical skill and community effort involved in the creation of these reliefs is evidence of the importance of rock art in the social and symbolic life of the Neolithic herders of northern Arabia.” 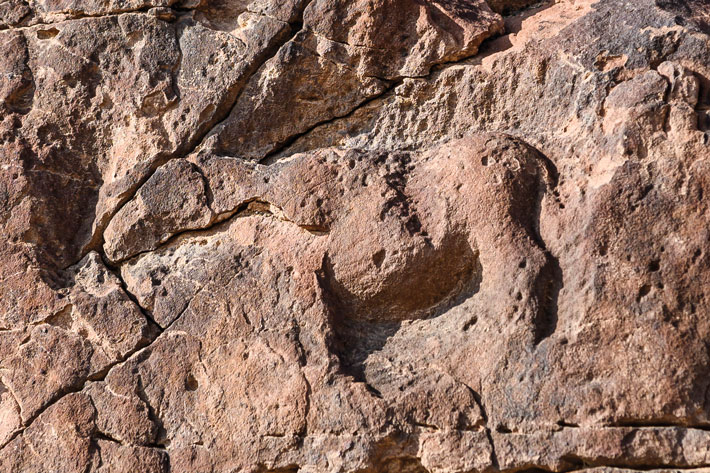