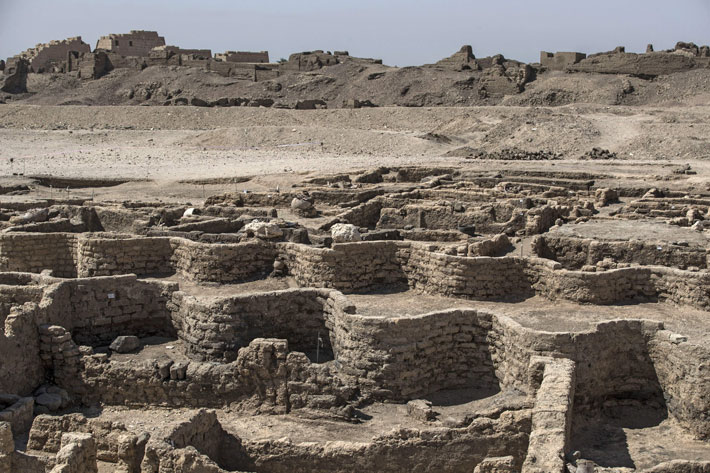 A settlement that was buried beneath the sand for thousands of years—and eluded archaeologists for centuries—is believed to be one of the largest ancient Egyptian cities ever unearthed. The site was discovered by a stroke of good luck when archaeologists began searching for the mortuary temple of the boy pharaoh Tutankhamun (r. ca. 1336–1327 B.C.) along the west bank of the Nile in Luxor. What they found instead was a well-preserved urban settlement filled with houses, streets, and walls, some of which still stand 10 feet tall. Hieroglyphic inscriptions indicate the city was called tehn Aten, or “dazzling” Aten, and that it was founded by Tutankhamun’s grandfather Amenhotep III (r. ca. 1390–1352 B.C.). “I call this the ‘Golden City’ because it dates to the reign of Amenhotep III, which was the golden age of ancient Egypt,” says project director Zahi Hawass. 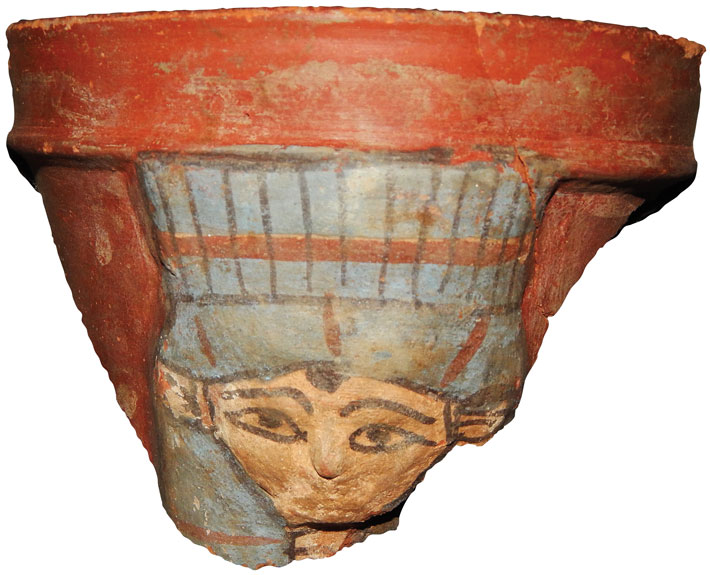 Aten was Egypt’s main administrative and industrial center. The city’s remarkable state of preservation is providing researchers with an unprecedented view of life there more than 3,000 years ago. Although only about one-third of the site has been excavated thus far, archaeologists have uncovered houses containing everyday objects including ceramic vessels, children’s dolls, and limestone gaming pieces. They have also identified bakeries, kitchens, and other areas associated with food production, as well as a vessel containing more than 20 pounds of dried meat prepped by a butcher named Luwy. There are also workshops that produced mudbricks and decorative amulets, and a residential and administrative neighborhood that was encircled by distinctive zigzag walls. Scholars do not yet understand why Aten fell into decline, but it may have been abandoned when Amenhotep III’s son, Akhenaten (r. ca. 1349–1336 B.C.), moved the Egyptian capital from Luxor to Amarna, 250 miles away.