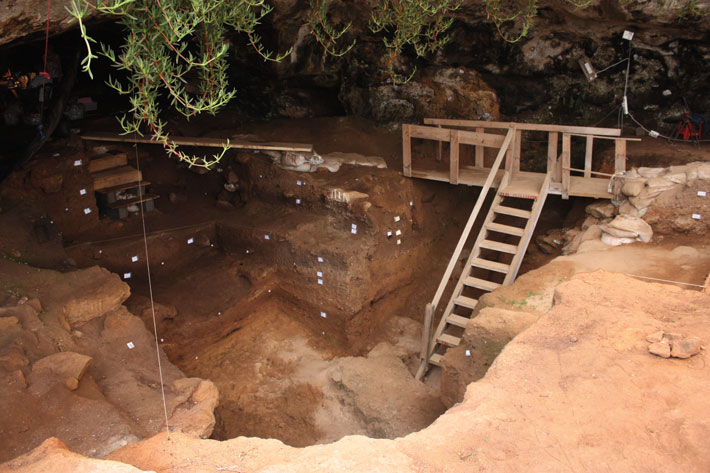 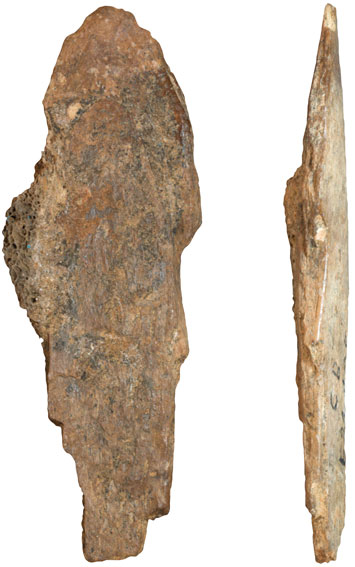 While sorting through some 12,000 bone fragments excavated from Contrebandiers Cave near the Atlantic coast of Morocco, archaeologist Emily Hallett of the Max Planck Institute for the Science of Human History noticed that some were smooth and shiny, as if they had been intentionally shaped by human hands. Upon consultation with colleagues, she determined that 62 of the fragments are bone tools dating to between 120,000 and 90,000 years ago. These include a number of tools made from animal rib bones of a type well known for its use in fur and leatherworking. “Once you have an animal skin, there are a lot of steps that have to be taken to process it so it’s supple, smooth, and ready to wear,” says Hallett. “These tools remove the connective tissues and fats from the skin without piercing and damaging it.”

Amid the assemblage, Hallett also identified bones of carnivores such as sand foxes, golden jackals, and wildcats that had marks indicating they had been skinned for their hides or fur. Together, the carnivore bones and bone tools appear to provide the earliest known evidence of people making clothes. This fits well with previous genetic studies of clothing lice that suggested clothing was first worn by humans in Africa up to 170,000 years ago. Hallett says it’s also possible that people at Contrebandiers Cave produced leather to string small beads together to make symbolic personal ornaments. Pierced shells from the snail genus Nassarius dating to around the same time as the bones have also been found in the cave.