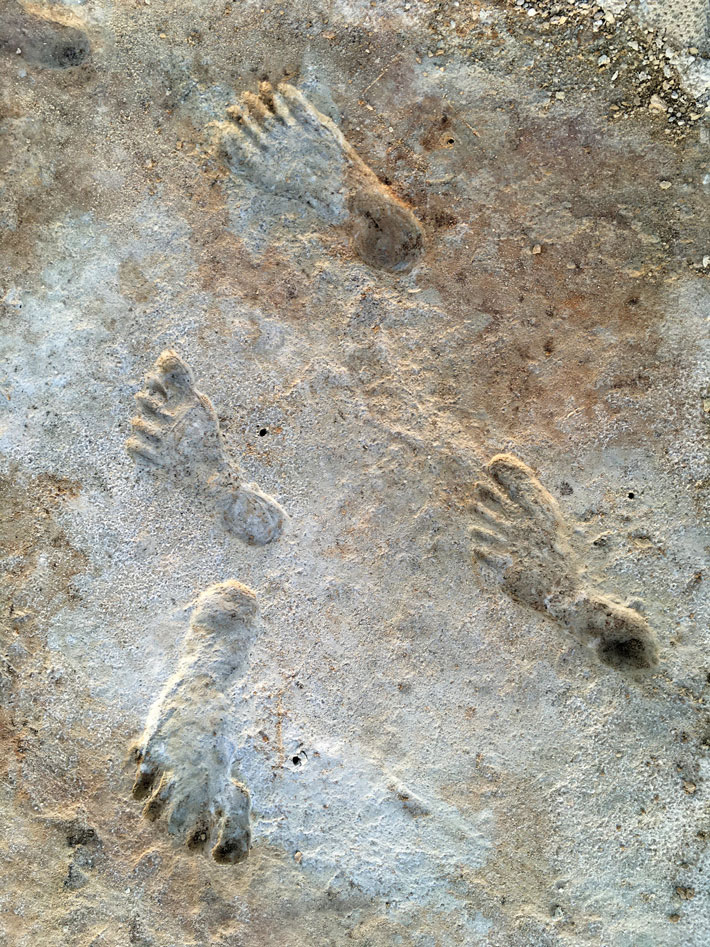 Over the past two decades, archaeologists have discovered a number of sites that show that people first arrived in the Americas as early as 16,000 years ago. Some scholars have explored sites that have yielded even earlier dates, but other researchers have questioned the legitimacy of these discoveries, arguing that artifacts recovered from them are not unambiguously the work of human hands. Now, radiocarbon dating of material associated with fossilized human footprints at White Sands National Park has shown that people were living in North America up to 23,000 years ago.

The prints are part of hundreds of fossilized human trackways archaeologists have found at the park that were left in what were once muddy surfaces surrounding an extinct lake. A team including Cornell University archaeologist Tommy Urban identified a series of such trackways, left mainly by teenagers and younger children, that were superimposed on top of each other over the course of millennia. Radiocarbon dating of aquatic plant seeds found below and above six of these trackways shows they were created between 23,000 and 21,000 years ago. “Scholars can question whether a stone or bone artifact was actually shaped by humans,” says Urban, “but there’s no mistaking who made a human footprint.”