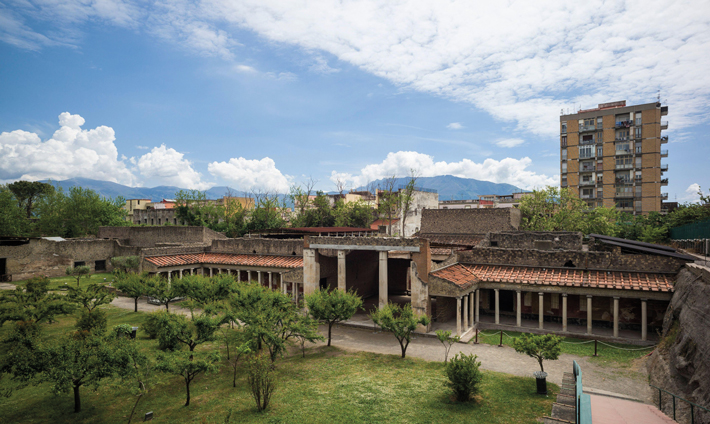 The city of Pompeii was part of a thriving coastal region when it was destroyed by the A.D. 79 eruption of Mount Vesuvius. Entire farms, villages, and grand private estates on the Bay of Naples were buried under a thick layer of ash and debris. Among them were luxurious villas built by some of Rome’s most prominent families in the town of Oplontis, which is located in the modern city of Torre Annunziata, three miles west of Pompeii. The best preserved and most thoroughly studied of these is called Villa A, or Villa Poppaea. The 75,000-square-foot property is named for the second wife of the Roman emperor Nero (r. A.D. 54–68), Poppaea Sabina, who may have once owned it. Built around 50 B.C. on a high bluff looking out to sea—but now below the modern street level—the villa contains wall paintings depicting fantastical architecture and has been the site of pioneering work in garden archaeology. 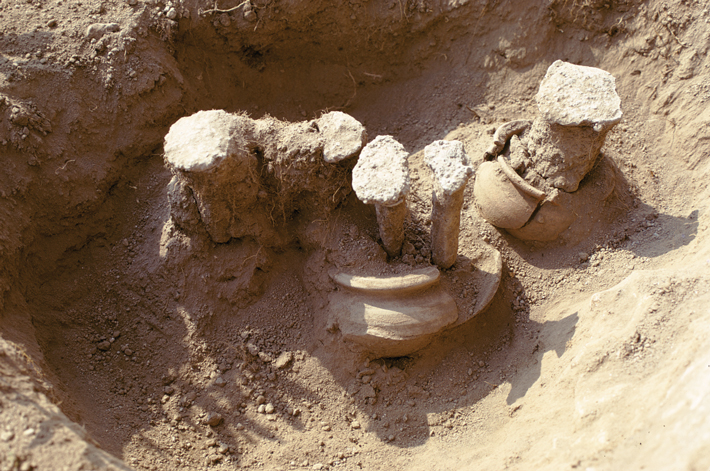 To learn more about the villa’s gardens, researchers have made plaster casts of cavities left by roots that were preserved by the eruption but have since decayed. They have also analyzed pollen remains to identify plant species, and recovered ancient seeds from the soil. Archaeologist Kathryn Gleason of Cornell University says that villas at Oplontis were home to pleasure gardens meant to show off the sophistication of their owners, who imported specimens from throughout the expanding Roman Empire and made use of the latest horticultural techniques. “Learned owners enjoyed propagating plants and grafting different varieties,” says Gleason. “Gardens like these supplemented the household table, provided shade and privacy for pleasurable strolls with friends, and were a place where you could show off highly developed forms of cultivation.” For more, go to "Food and Wine Gardens." 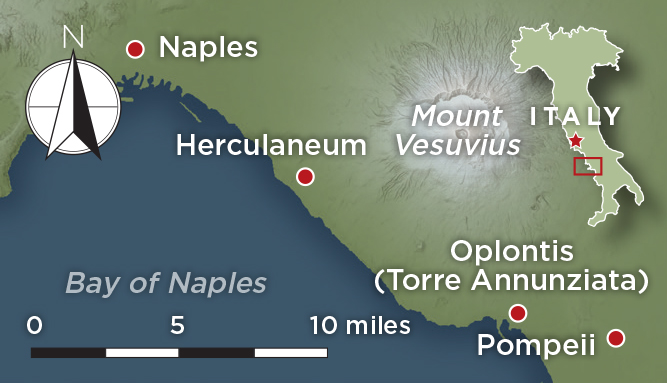 Villa Poppaea, which has been partially reconstructed and restored, is open for exploration. Bring a guidebook for reference as you tour its many rooms, including the kitchen, atrium, and triclinium, or dining room. Accredited local guides can also be hired. Recently, the ruins of the ground floor of the nearby Villa B have been opened to visitors for the first time in many years. This second-century B.C. structure, also known as the Villa of L. Crassius Tertius, may have been a storage and processing warehouse for wine and agricultural goods with a family residence on top.

Travelers to the Bay of Naples interested in ancient Roman agriculture and horticulture should be sure to make the five-minute drive inland from Oplontis to Boscoreale. There you can visit Villa Regina, a Roman farm also preserved by the eruption, as well as the Antiquarium of Boscoreale, a museum dedicated to the lifeways of the Vesuvian countryside.