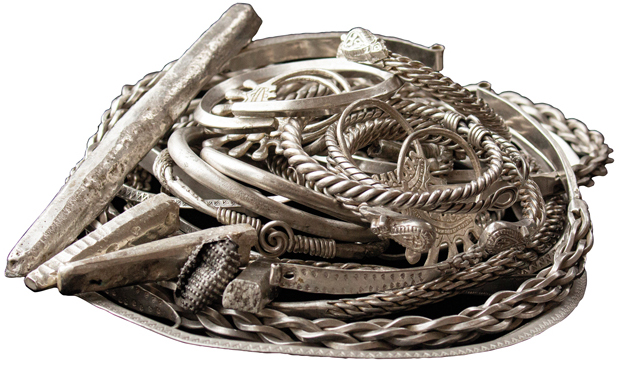 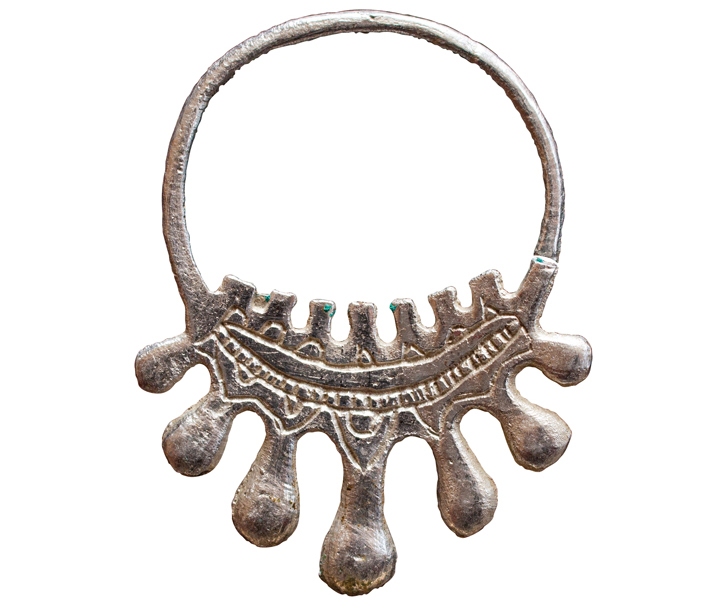 Several dozen silver artifacts have been discovered on a forested riverbank in the vicinity of Old Ryazan in southwestern Russia. This new find joins a number of other treasure hoards previously unearthed in the area that were stowed away in advance of a 1237 invasion by the Mongols. However, based on the style of the jewelry in this hoard—which includes 14 bracelets, eight torcs, five rings, and a bead, as well as four hryvnias, or silver ingots used as money—researchers believe it dates to the late eleventh or early twelfth century.

At that time, there were no settlements close by, though a road that led from the city of Old Ryazan, which was a major trading site, passed within a half mile or so. According to Igor Strikalov, an archaeologist at the Russian Academy of Sciences’ Institute of Archaeology, the hoard was likely the accumulated wealth of a merchant—or a thief. It contains nearly five pounds of silver, which by weight alone would have been sufficient to buy 10 warhorses or more than 200 sheep. “Perhaps the owner hid the treasure out of fear,” says Strikalov. “The fears were justified: He could not return for the treasure, since he probably died soon after.” 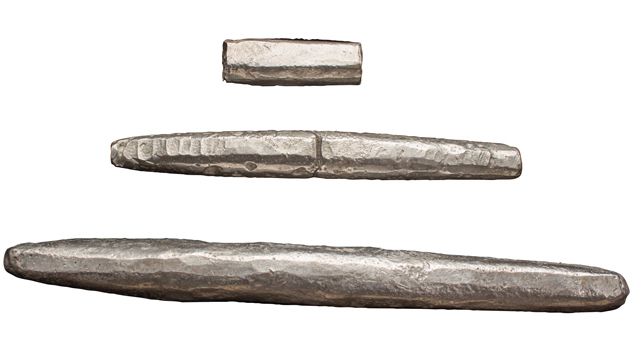