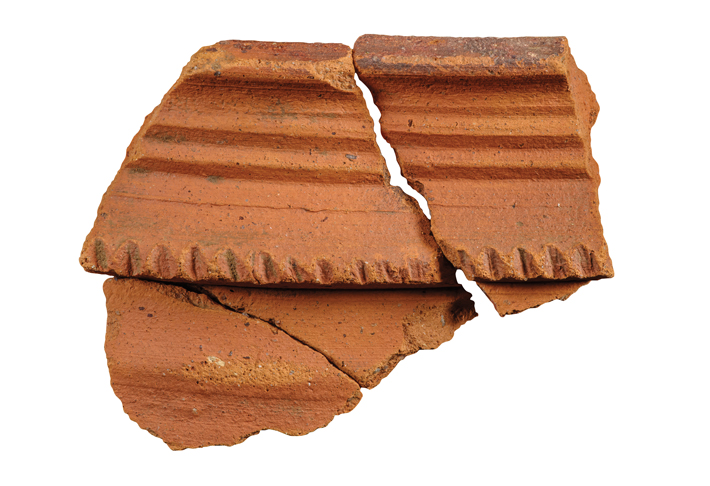 While installing lights in front of Memorial Church, a 1907 structure that stands on the site of a timber frame church first constructed at Jamestown, Virginia, in 1617, archaeologists uncovered a layer of charcoal and fire-reddened earth. They have now determined that this is evidence of a blaze that consumed the church on September 19, 1676, during Bacon’s Rebellion. As part of this uprising against the Virginia colonial government led by wealthy landowner Nathaniel Bacon, Virginians of all social classes demanded the right to expand into territory that was already inhabited by Native Americans, violated treaties with Native groups, and set fire to Jamestown, which was the colony’s capital.

While other fires are known to have caused damage at Jamestown during the Revolutionary War and the Civil War, Jamestown Rediscovery archaeologist Sean Romo is certain that artifacts uncovered at the site just above the burn layer date this fire to the period of Bacon’s Rebellion. These include a section of window lead dating to 1678 and fragments of ceramics made by local potter Morgan Jones, who was only active in 1677. “Everything immediately under the modern pathway and right above the burned layer was found still intact from the late 1600s,” says Romo.