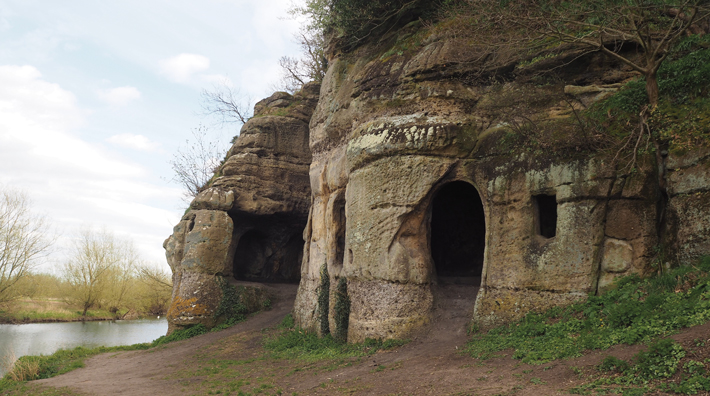 A cave carved by human hands out of a sandstone cliff above a tributary of the River Trent in Derbyshire, England, may have been occupied as early as the seventh century A.D. Edmund Simons, an archaeologist at the Royal Agricultural University, recently led a team that found that the Romanesque doors of the three-room cave are very similar to those found in other medieval buildings. Moreover, a rock-cut pillar in the cave is of a style found in many Anglo-Saxon structures, including a seventh-century A.D. crypt in nearby Repton. This raises the possibility that the cave may have been built to imitate the crypt, or possibly even by the same architect.

Legend holds the cave was once inhabited by a ninth-century A.D. saint named Hardulph, who has been identified with Eardwulf, a deposed king of Northumbria who lived out his final years exiled in the early medieval Kingdom of Mercia, where the cave is located. Likewise, its name, Anchor Church, which dates to at least the thirteenth century, suggests the cave was home to anchorites, or religious hermits. “Saint Hardulph has a cell in a cliff a little from the Trent,” reports a fragment of a medieval book preserved in a 1545 volume. “Anchor Church is the only real contender because there aren’t any other caves by the Trent that are like it in that area,” says Simons. The cave went on to be used in the eighteenth century by inhabitants of the nearby manor house, Foremarke Hall, as an entertainment venue. Archaeologists have found evidence that the gentlefolk knocked out some of the cave’s walls to provide an airier space with better views of the valley below. 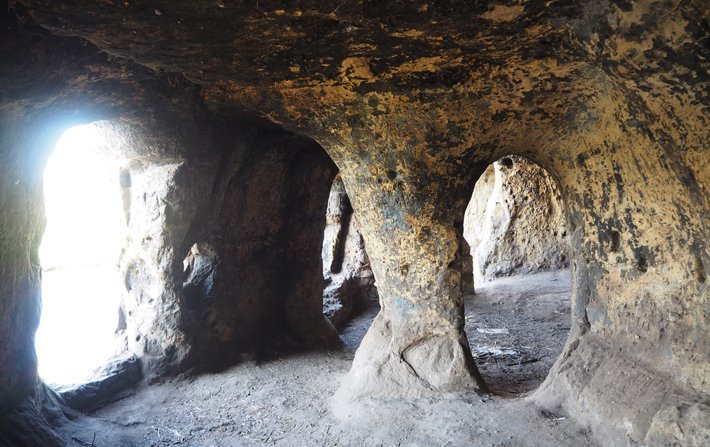