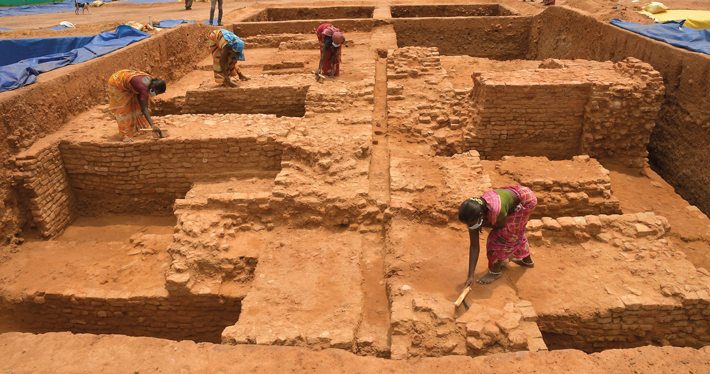 Archaeologists in the southern Indian state of Tamil Nadu have unearthed brick structures in the town of Maligaimedu that are thought to be traces of the Chola Empire, which ruled the region around 1,000 years ago. “We believe the remains to be the palace of the Chola kings,” says R. Sivanantham, director of the Tamil Nadu archaeology department. He adds that the palace was likely built by King Rajendra Chola (r. ca. 1014–1044), who established the site as the Chola capital in 1025. The researchers have uncovered building foundations, a Chola period copper coin, glass beads, and bangles. They have also found a range of ceramics, including Chinese ware that provides evidence of a long-distance trade network.