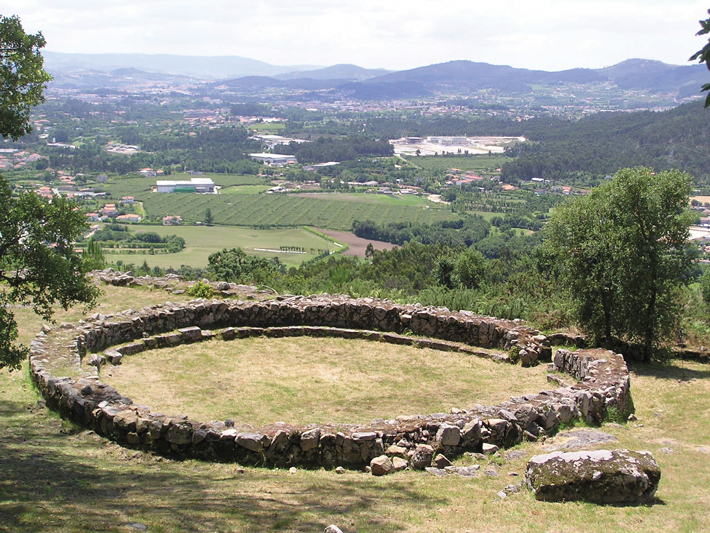 Covering roughly 50 acres on a high outcrop with sweeping views of the Ave River Valley, a hillfort site in northwest Portugal known as Citânia de Briteiros was home to more than 1,000 people between around 200 B.C. and A.D. 300. Archaeologists have been excavating the site, some eight miles north of the medieval city of Guimarães, since the 1870s. In addition to its seven-foot-thick defensive fortifications, they have unearthed ruins of at least 150 stone buildings connected by pathways. These include the remains of a large, circular structure measuring nearly 40 feet in diameter that is referred to as the “council house” because researchers believe an assembly of rulers may have used it as a meeting place. Hillforts such as Citânia de Briteiros that dot the western Iberian Peninsula are called castros, and the people who constructed them are known as the Castro culture.

The Castro people crafted elaborate gold and silver torcs, fashioned pendants featuring spiral and rosette motifs, and carved stone statues and engraved walls that decorated ritual bathing complexes. A bath complex dating to before the Romans annexed the region in 19 B.C. featuring a decorated stone slab and remnants of a system for pumping water from a nearby spring was discovered at Citânia de Briteiros in the 1930s. According to archaeologist Mariah Wade of the University of Texas at Austin, many fundamental questions remain about the Castro culture. “Recent research is focusing on, for example, what people ate,” she says. “We still don’t know much about where these groups, which had to support large populations, planted crops.” Similarly, very few human remains associated with the Castro culture have been discovered, and scholars have little information regarding these people’s burial practices. 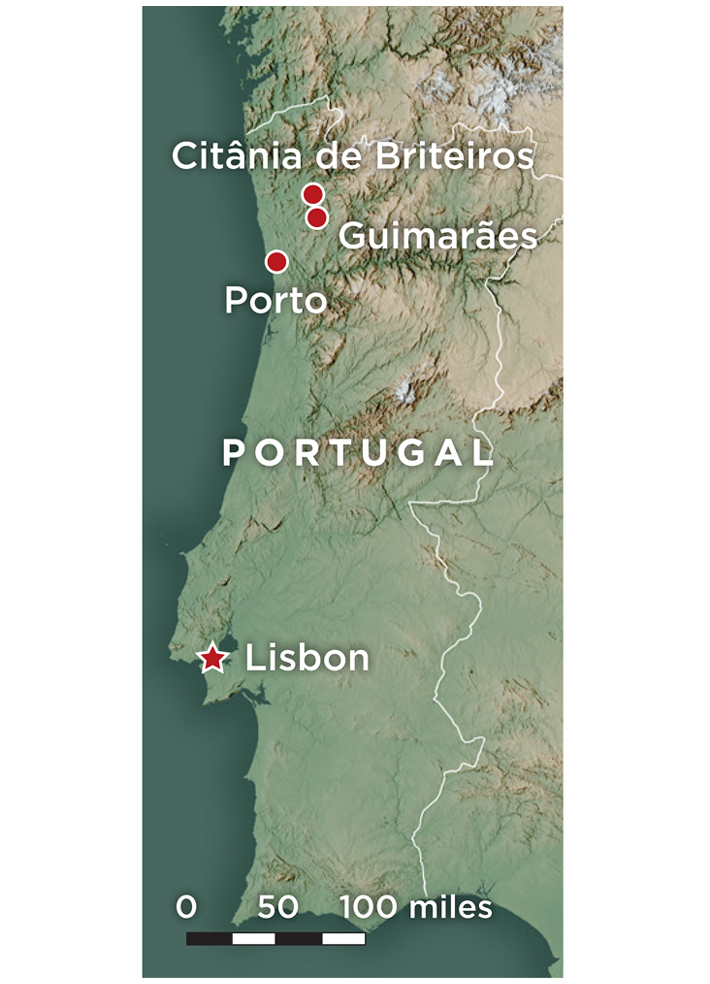 A ticket to visit Citânia de Briteiros includes the price of admission to the Museum of Castro Culture in the nearby village of Briteiros. The museum provides an overview of the site and houses a number of objects uncovered there, including the monumental stone slab from the bath complex. Wade recommends taking a guided tour through the hillfort’s labyrinth of streets and structures, two of which were reconstructed in the late nineteenth century by Francisco Martins Sarmento, the first archaeologist to work at the site. The Martins Sarmento Society, a foundation devoted to his work and to the heritage of the Castro culture, operates the site and museum.

Visitors to Citânia de Briteiros should spend a day in the well-preserved medieval city of Guimarães, considered by many to be the birthplace of modern Portugal. Stroll around the lively downtown to enjoy shopping and traditional Portuguese pastries, and visit the tenth-century Castle of Guimarães, a national symbol famous for its role in the struggle for Portuguese independence from the Spanish kingdoms of Galicia, Castile, and León. 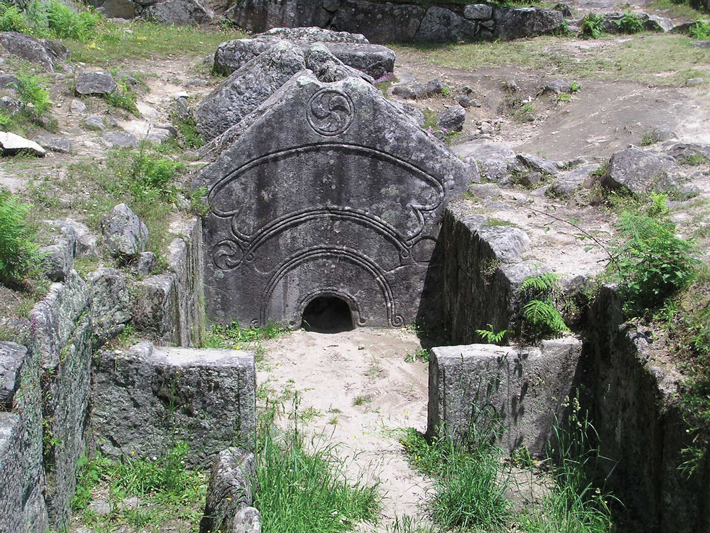